Ondo State Security Network, Amotekun, have arrested 45 Fulani youths from the Northern part of the country after they were allegedly transported to Okitipupa community in Ondo at night. 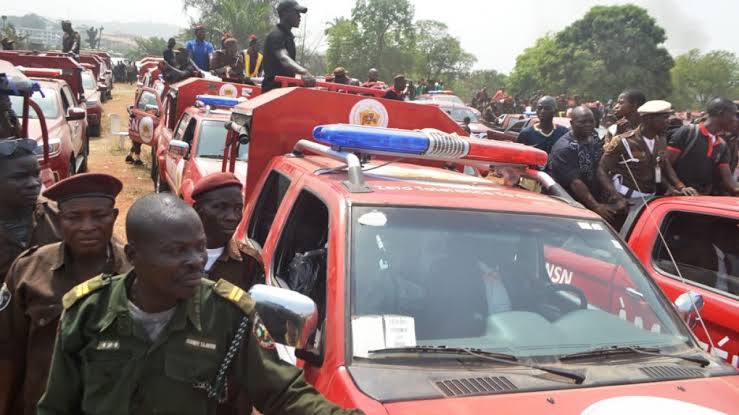 It was gathered that the youths, conveyed in a truck, were intercepted in front of the Okitipupa Army Barracks at about 10pm on Thursday and were taken to Akure, the state capital.

Many residents of the town, who gathered at the scene, expressed apprehension that the northern youths were in the town to cause havoc.

“The Amotekun Corps personnel arrested the Fulani youths who were being conveyed in a trailer in front of the army barracks. As the Amotekun Corps accosted them, some of them jumped out of the vehicle and ran into the town but about 45 of them were arrested.

“When they were interrogated, they said they were sent from the North to undergo military training in the barracks. After that, the Amotekun Corps took them away from the town,” a source said.

READ:  Ghana To Build 90 Hospitals Within One Year Due To Coronavirus Pandemic

When contacted, the state Commander of the corps, Chief Adetunji Adeleye, confirmed the arrest, saying investigation had commenced.

Reacting, the chairman, Okitipupa Local Government Area, Mr Igbekele Akinrinwa, who addressed the people at the scene of the incident, alleged that it was an indigene of the town that had facilitated the travellers trip to the town.

Akinrinwa said the person had also been apprehended by the state chapter of Amotekun.

The Public Relations Officer of the state police command, Mr Tee-Leo Ikoro, also confirmed the incident, saying the suspects had been handed over to the Amotekun Corps.

“The men are mostly northerners who said they wanted to undergo military training in the barracks to be security guards but the commander did not allow them because he did not have a signal to that effect. But since there was no place to keep them in Okitipupa, they have been handed over to Amotekun,” he said.

KanhiDaily had also reported how Fulanis who were in possession of 25 guns were intercepted by Amotekun while trying to make their way into Oyo city.