Controversial Anambra-based Prophet, Chukwuemeka Ohanaemere, popularly known as Odumeje has revealed when the embattled leader of the Indigenous People of Biafra (IPOB), Nnamdi Kanu will be released from the detention of the Department of State Services (DSS). 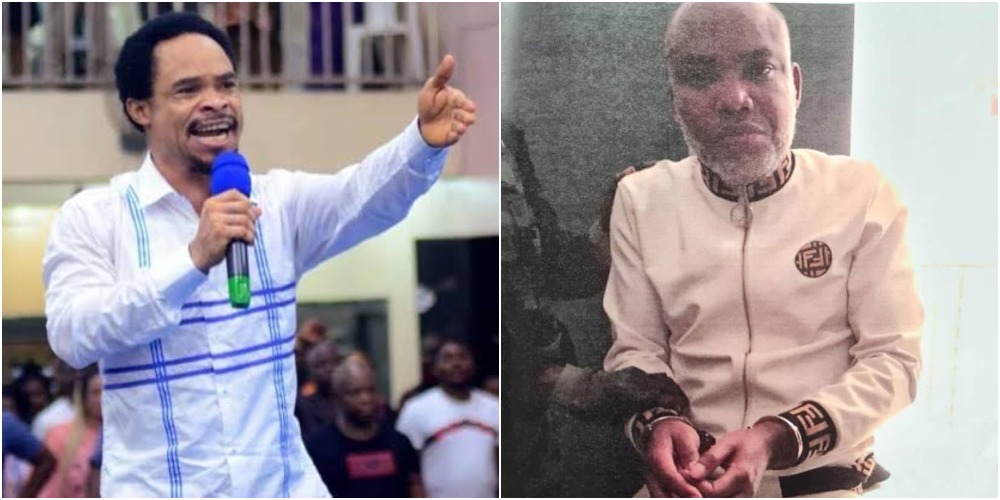 KanyiDaily had reported how Nnamdi Kanu was arrested in Kenya and repatriated to Nigeria on June 27, in an operation conducted by Nigerian security operatives in collaboration with international partners.

The IPOB leader is facing 11-count charges bordering on terrorism, treasonable felony, managing an unlawful society, publication of defamatory matter, illegal possession of firearms, and improper importation of goods, among others.

On July 26, 2021, the Federal High Court in Abuja adjourned Nnamdi Kanu’s trial to October 21, due to the failure of the Nigerian Government to produce him in court.

Justice Binta Nyako adjourned the trial till October after the DSS blamed Kanu’s absence in court on what it termed as “logistical problems”.

Nnamdi Kanu Will Be Released By December – Odumeje

During a recently recorded prayer session, Prophet Odumeje declared that the IPOB leader will be released in December by the Nigerian Government.

Nnamdi Kanu’s counsel, Ifeanyi Ejiofor, and others were in attendance when the controversial clergyman made the prophecy.

“Lord, your son Nnamdi Kanu is coming out this December, in the name of Jesus,” Odumeje said.

“Your son (Ejiofor) in the front of the battle, be with him always. Give them strength, give them wisdom. This is a battle of wisdom and the wisdom comes from you.”

“In the presence of the judge, everything that comes out of his (Ejiofor’s) mouth shall be wise Victory shall be given to us.”

KanyiDaily recalls that Ejiofor had recently revealed that Nnamdi Kanu was firm and stable in the DSS custody, but still needs “advanced medical care” to enable him to quickly overcome “solitary confinement and concomitant mental torture.”

READ:  Why I sacked Walter Onnoghen as CJN...President Buhari 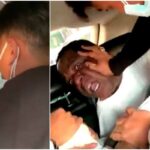 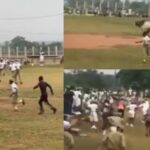