Super Eagles forward, Victor Osimhen bagged a brace for Napoli in their 4-0 thrashing of Sampdoria in the Serie A on Thursday night, kanyidaily report.

It was a back-to-back 4-0 win for the Naples club, with Osimhen netting three goals out of the eight efforts.

The 22-year-old has now netted five goals in his last three games in all competitions.

Thursday’s win takes Napoli back to the top of the league table, as they continue their perfect start to the campaign.

After early exchanges against Sampdoria, Osimhen broke the deadlock in the 10th minute as he came sliding onto a Lorenzo Insigne cross at the back post.

Osimhen thought he had made it 2-0 moments later, but was clearly offside before lobbing Sampdoria keeper Emil Audero.

In the 39th minute Napoli doubled their lead thanks to Fabian Ruiz who shot into the near bottom corner from outside the penalty area.

Osimhen got his second of the night when he hammered home from eight yards, a low cross from Hirving Lozano.

Napoli then got their fourth goal through Piotr Zielinski who finished off an assist from Lozano.

Elsewhere, Super Eagles defender Ola Aina was in action for Torino, who were held to a 1-1 draw at home by Lazio 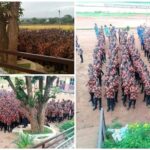 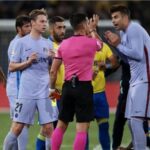