The ‘Shine Ya Eye’ housemates seemed to have indulged in a silly game yesterday as they showed off their preferred style of lovemaking, kanyidaily reports.

As the show seems to be coming to an end, housemates came up with such a goofy game to keep viewers entertained.

The ladies were meant to lie on the floor while the males could be seen taking turns while displaying how they would thrust in and out.  However, it wasn’t real, it’s just a game.

READ ALSO: “I Am Still Single Because I’m Way Too Sexy” – DJ Cuppy Says As She Twerks [Video]

In a previous report, Saskay has said she has no ship with anyone outside the house, rather, she’s trying to focus on her brand alone 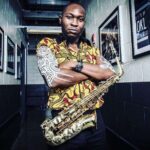 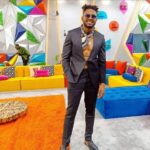