President Muhammadu Buhari on Thursday promised to assist the Governor of Imo State, Hope Uzodinma, deal with infrastructural deficits in the state.

Buhari, who spoke while Commissioning the Egbeada-Onitsha bypass road in Owerri, also assured Governor Uzodinma that he would use his constitutional powers as the president to assist him in fighting insecurity in the state.

The president said that he was impressed with the level of development in the state, adding that no society would make any meaningful progress in the face of insecurity and infrastructural deficits.

Buhari said that his vision of having a secured Nigeria with huge infrastructural progress had marched with what Uzodinma was doing in the state.

“I have gone round and I am impressed with what I saw. A society without security and infrastructure will not progress and lucky this is where my vision has tallied with the governor of Imo state. I will use my power as enshrined by the constitution to make the governor achieve more.”

In his remark, Governor Uzodinma urged the president to deal permanently with the issues of insecurity and flooding which he said was ravaging Owerri, the state capital.

KanyiDaily had earlier reported how President Buhari arrived in Imo wearing a full Igbo attire to commission some completed projects of Governor Uzodinma. 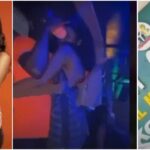 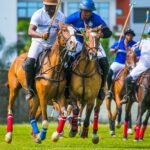