Nollywood actress, Mercy Johnson has announced that she will be launching her music career after sowing off her singing skills with Nigerian singer, Di’ja.

In a video shared on her Instagram page, Mercy Johnson who hosted Di’ja on her show could be seen performing a duet with the musician as they sang her hit song ”Awww”.

The mother of four revealed she had serious conversations with Di’ja bothering on motherhood, mental health, and careers and it meant everything to her.

Sharing the video, the actress wrote: ”Launching my music career, 🎤 💃🏾 cooking and chatting with my darling @aphrodija on this episode of @mercys_menu”

KanyiDaily recalls that Mercy Johnson had come under serious verbal attack from her colleagues in the industry – Sonia Ogiri and Angela Okorie – who accused her of being hateful, mean, evil and a witch. 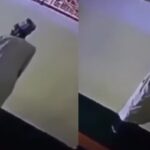 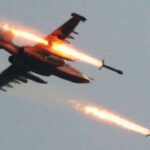