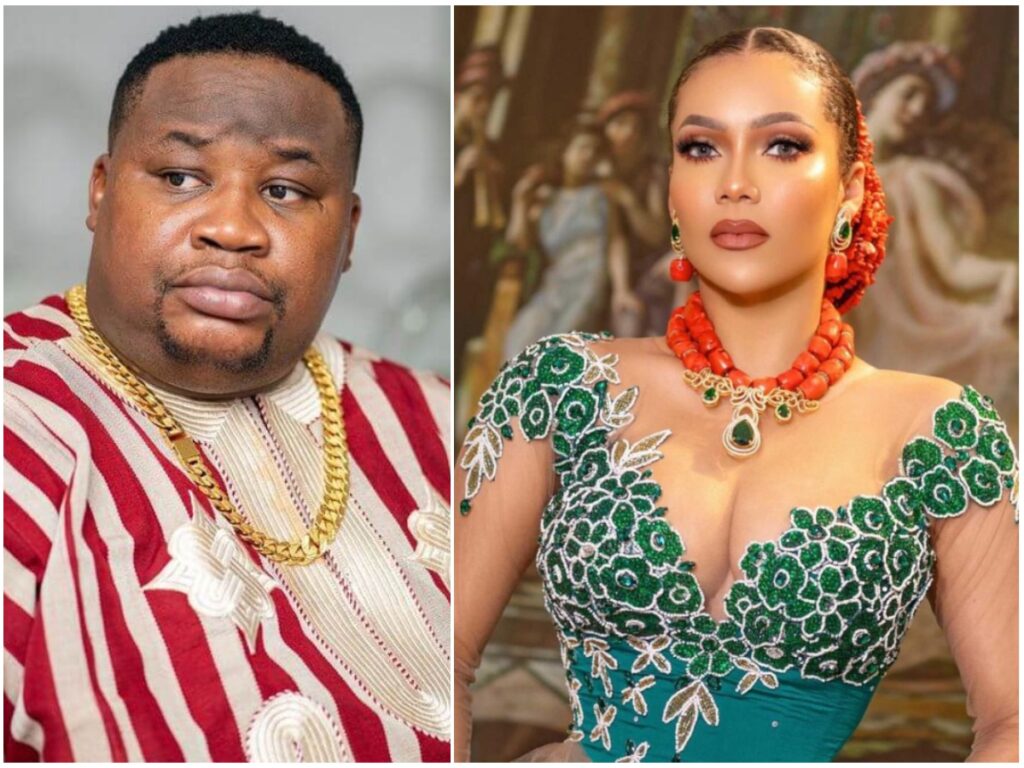 In a video shared on his Instagram page, Cubana Chief Priest could be seen spraying pounds and dollars and pounds on an unknown couple while accusing Maria of stealing his sister’s husband, Kelvin.

The celebrity barman also accused the reality star of sending threatening messages to the mother-of-two to leave the father of her children for her.

In another post where he called out Kelvin, Cubana also slammed Maria for shamelessly showing off the expensive gifts another woman’s husband got for her.

He wrote, “@grandfish1 @lam_lolofish_27 I Get Dollars For You, I Get Pounds For You, There Is Nothing Sweeter Than Family, Wives Stay Woke Girls Like @mariachikebenjamin Are Coming For Your Husbands,” he wrote.

“She Stole My Sister’s Husband As If That’s Not Enough She Is Sending Her Threats, That I Won’t Let It Slide, Kelvin I Dey Find Una Come That Dubai Nothing Must Happen To My Sister.

“@mariachikebenjamin How On Earth Will You Threaten A Married Woman Who Has A Male N Female Offspring To Leave Her Husband For You Or Die, You Dey Show Person Husband Watch N Car To Pepper Her, Kelvin Am So Ashamed Of You, All Of Us Dey Street.

“You No Carry Woman Pass Anybody But We Can Never Make Home Miserable For Our Woman To The Point A Side Chick Calls Your Wife To Threaten Her Life.

“If What You Re Doing Is Right Why Are You Covering Your Face In Shame In This Video, My Own Na Make Nothing Happen To My Sister, Okwa Mmadu Nwe Ogodo Ewu Na Ata, If Anything Happens To My Sister.”

KanyiDaily recalls that Obi Cubana and Cubana Chiefpriest had recently reacted to a video of a lady who tattooed their names on her back.