Fast-rising singer, Portable has revealed that he fathered two sons from different mothers and he has many girlfriends, one of whom he plans to get married to. 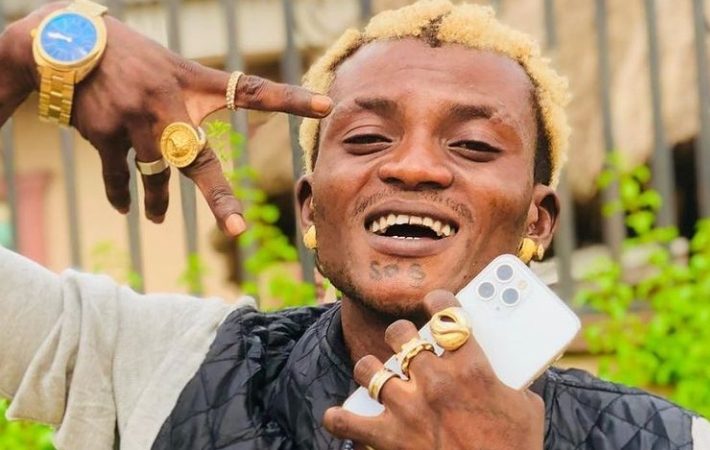 Portable disclosed this during a recent interview while speaking on his dealings with female admirers before he gained recognition with his hit track ‘Zazoo Zeh’ featuring rapper, Olamide, and Poco Lee, the dancer.

He said, “I have many girlfriends. They’re just coming and I get tired. It was like that before my big break. They’re the ones breaking each other’s hearts, not me. I have two sons at the moment with two different mothers.

“There’s a girl I want to marry. I love her but If she messes up, she won’t be the first. I suffered for music. It was bad but I believe I’ve arrived. I suffered during the coronavirus period. Money stopped coming but I kept on going to studios.”

KanyiDaily recalls that Portable was recently seen in a viral video fighting with ‘area boys’ publicly after they seized his crown and smashed the windscreen of his Range Rover in Ota, Ogun State.

READ:  PHOTO: Keri Hilson In The Kitchen Making Fufu For Her Man

Its Not Easy To Make Money, I Wish Dangote Was My Father – Tiwa Savage Laments