Grammy-winning Nigerian singer, Burna Boy has been seen in a viral video gifting his grandmother a new designer bag as she dances and sings his praises. 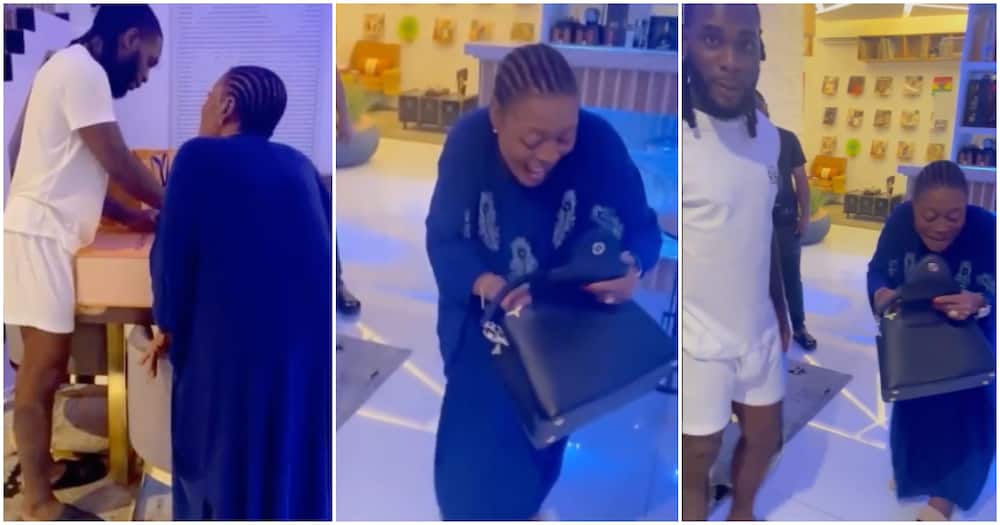 In the video circulating on social media, the singer could be seen opening some boxes beside his grandma while she was asking him about his girlfriend in Yoruba language.

The aged woman was heard pleading with the singer to meet his girlfriend and also questioned him on if it wasn’t an unnamed lady who she apparently knows for smoking weed.

But Burna Boy laughed and told his grandmother that his bae is a Port Harcourt babe. She then told him that she is looking forward to seeing his child.

After opening the box and bringing out a Louis Vuitton $6000 handbag, the singer handed the bag to his grandmother as she danced and sing his praise, saying “Odogwu you bad, file fun Burna.”

KanyiDaily recalls that a few days ago, Burna Boy has made history after becoming the first African artist to hit 200 million streams on Boomplay Music.

READ:  Nkechi Blessing Slams Those Criticizing Her For Sharing Sεx Toys On Her Late Mum's Memorial 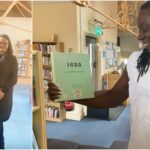 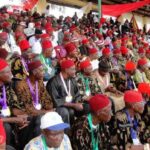