Fast-rising Nigerian singer, Oxlade is currently trending on social media after his alleged sεx tape with a mysterious lady found its way to the internet.

Although it’s not yet confirmed if the person in the video is Oxlade, the leaked sεx tape captured a young man who looks just like the 24-year-old singer giving hot stokes to an unidentified lady while recording their hot sεx session.

Another video making the rounds shows the fast rising singer recording himself in his birthday suit and dangling his manhοοd in a provoking manner.

It’s unclear if this is a case of blackmail, but rumours have it that the singer created a Snapchat streak and gave it to a buddy to illustrate how he smashed the girl, but the friend recorded the streak on his phone and published it online.

The videos have since gone viral online and most social media users appear to be praising Oxlade’s sexual skills, and this subject appears to have dominated the Twitter trends.

READ:  Dwayne Johnson 'The Rock' Surprises Mum With A New House For Christmas

Another Video Of Oxlade Sextape

KanyiDaily recalls that last year, a popular female singer, Tiwa Savage made headlines after her alleged sεx tape with her boyfriend got leaked online.

In the leaked tape, Tiwa Savage could be seen enjoying herself in an intimate act with her lover on a yacht while cruising with her friends on the boat. 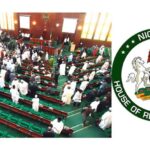 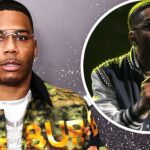