The Indigenous People of Biafra (IPOB) has accused the Imo State Governor, Hope Uzodinma of sharing smartphones to ‘gullible’ Imo youths he is recruiting to attack its members on social media platforms.

In a statement on Tuesday by its Media and Publicity Secretary, Emma Powerful, the group alleged that Uzodimma had perfected his plans of using the youths as attack dogs and e-rats to propagate lies and smear campaigns against IPOB, Eastern Security Network (ESN), and Biafra agitators.

The statement reads, “The attention of the Indigenous People of Biafra (IPOB) under the command of our indefatigable liberator Mazi Nnamdi Okwuchukwu Kanu has been drawn to the sharing of smartphones by the Supreme Court Administrator of Imo State, Hope Uzodinma to the gullible minds and youths he is recruiting to attack IPOB members on social media platforms.

“These attack dogs and e-rats are paid to propagate lies and smear campaigns against IPOB, Eastern Security Network, ESN, and Biafra agitators.

“We blame those he is deceiving with smartphones, material things and cash to oppose those fighting for their freedom.

“If Hope Uzodinma has correct intentions for Imo State youths, he wouldn’t have given them phones to attack IPOB; he would have provided industries and companies where the youths will work and produce phones for sale.

“Imo youths should know that Uzodinma is taking them for granted. They should stop being gullible.

The statement added, “We are warning Mazi Pascal Chibuike Okechukwu popularly known as Cubana Chief Priest to steer clear, and not strike a deadly deal with Uzodinma.

“He should not dare IPOB. Let him continue his restaurant business and not get deceived by Uzodinma and his APC co-travellers.

“Anybody who know this man should tell him to retrace his steps and don’t allow Uzodinma to use him to fight innocent people.”

KanyiDaily recalls that the IPOB had recently had accused Governor Hope Uzodinma and the All Progressives Congress (APC) of turning Imo state into an abattoir for killing innocent Igbo citizens. 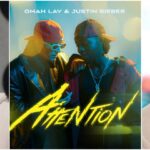 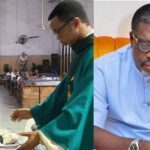