Oyo State Governor, Seyi Makinde has installed a former member of the National Assembly, Olalekan Balogun as the 42nd Olubadan of Ibadanland. 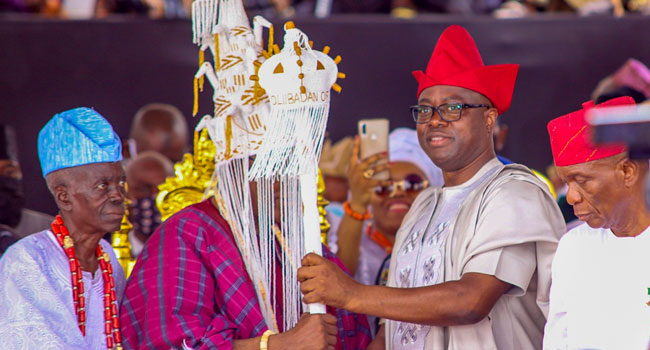 Makinde presented the staff of office to Balogun during the ceremony which took place on Friday, March 11, 2022, at Mapo Hall in Ibadan, the state capital.

The governor had on February 14 approved Balogun as the 42nd Olubadan after the Olubadan-in-Council recommended him to succeed Saliu Adetunji who died on January 2, 2022, at the age of 93.

There had been a controversy over who would succeed Adetuji following the crisis generated by the elevation of some Ibadan high chiefs to the position of beaded crown-wearing kings by Abiola Ajimobi, late governor of the state.

Presenting the Staff of Office to the 42nd Olubadan, Governor Makinde prayed for a peaceful and prosperous reign and urged the Olubadan to be a Father to all.

Speaking after his installation, Balogun assured the people of Ibadanland and Nigeria in general that he would not let them down.

He thanked all the traditional rulers, serving and former governors and members of the national assembly for honouring him with their presence. 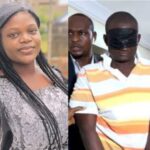 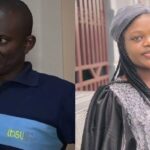