A former winner of Big Brother Africa, Uti Nwachukwu has revealed how he handled the rape allegation made against him by a Twitter user identified as Kambili Korie. In 2020, Korie had in a thread accused the reality TV star of abusing her sexually, claiming that the model is bisexual and treats males better even though he’s into females more.

But in a recent chat with media personality, Chude Jideonwo, Nwachukwu said seeking the opinions of lawyers and involving the police helped him to address the case.

According to him, he initially wanted to ignore the false allegations but was forced to take action after it became viral on blogs.

Nwachukwu, who described Korie as an internet robot, said the rape allegation taught him to always exercise caution when associating with people.

He said, “That experience is like God telling me: ‘you need to be careful with who you associate with.’ That was just an internet robot, imagine if it was a real human being. We tried to find the person, but the person closed the account and ran away.

“The minute I filed a police report and they started working on it…the person was using VPN, so locating the face behind the account was a task. I’m glad it turned out that way because it made it easy for me to proof my innocence.”

READ:  Muslim Cleric Illustrates How Men Should Beat Their Wives, To Make Her 'Feel Their Strength' [Video]

KanyiDaily recalls that Uti Nwachukwu had recently shared his thoughts about monogamous relationships, saying it is almost impossible to stay faithful to one’s partner forever. 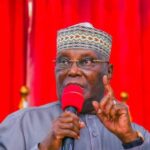 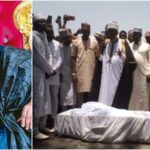