Apostle Chibuzor Chinyere, the General Overseer of the Omega Power Ministries, OPM has quashed rumours about his death and at the same time revealed what he saw in the extra-mundane realm when he slumped and became unconscious. 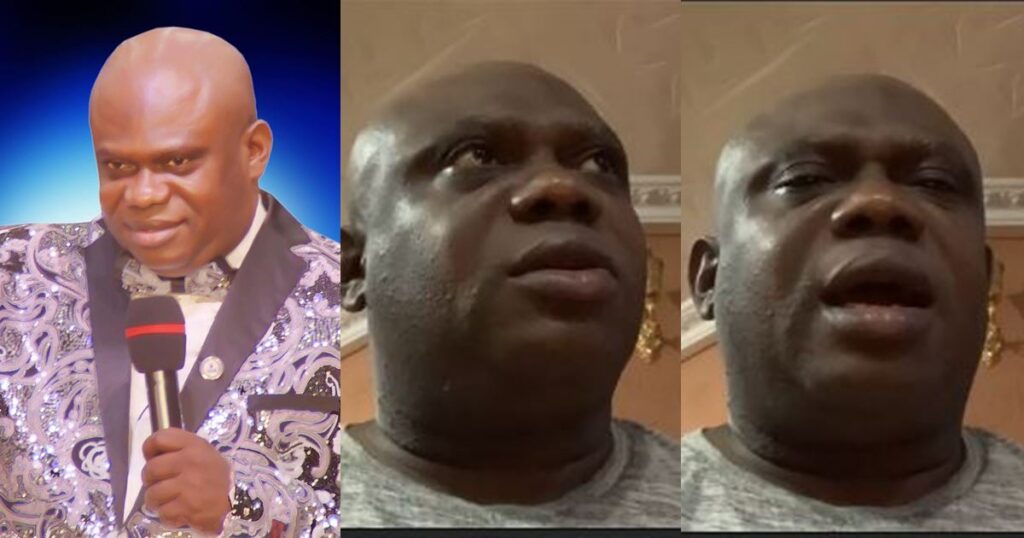 In a Facebook live video, the Port Harcourt-based clergyman who slumped while hosting the family of the late Deborah Samuel (the Christian student who was beaten and burnt to death for allegedly insulting Prophet Mohammed) stated that it wasn’t an attack rather it was due to stress.

He mentioned a couple of engagements he had before welcoming Deborah’s parents in Port Harcourt; all of which took a toll on his health.

In addition, the Pastor revealed what he saw in the metaphysical realm after he lost consciousness.

“I am doing this video to let the general public know that I am alive because many rumours have being going on that I am dead. God is forever faithful as He brought me back to life. What happened to me was not an attack but stress.”

“I took some scholarship children to Cyprus, I also went to see my students in Dubai, I also went to Turkey and other places. As soon as I came back, the Deborah’s issue came up. I have to arrange for them to come over to Port Harcourt.

“When I came back from our dinner outing, I reached home around 1AM, then slept around 3AM. So in the morning, I took them to the OPM Specialist Hospital for medical checkup. While they were going through the medical checkup, that was when the stress entered into me and I fell down and passed out.

“As soon as I passed out, I saw myself walking in a long line that was shinny. I saw about one million children that were shouting, go back, go back. I was still coming, they intensified the ‘go back’. Suddenly, I felt something like rain dropping on me. When I opened my eyes, the doctors were pouring me water.

“The doctors did a test on me and said I must go through an immediate operation before I die. I refused to allow them on agreement that if they come back today and see that thing they saw, then they can proceed. As I speak, God has healed me and they didn’t see anything”.

KanyiDaily also recalls that the popular singer, Simi has revealed when she abandoned acting after featuring in only one movie.