Reality star, Tega Dominic has reacted after her colleague Sammie accused her of stealing his chicken while in Biggie’s house. 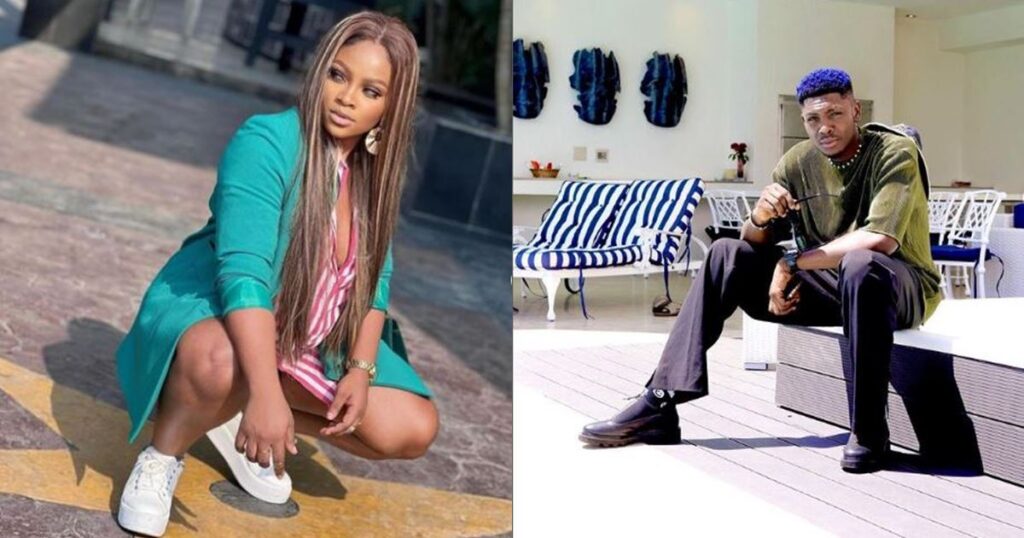 Sammie had made this disclosure during a live video with his colleague Emmanuel Umoh where he categorically stated that Tega took his meat. 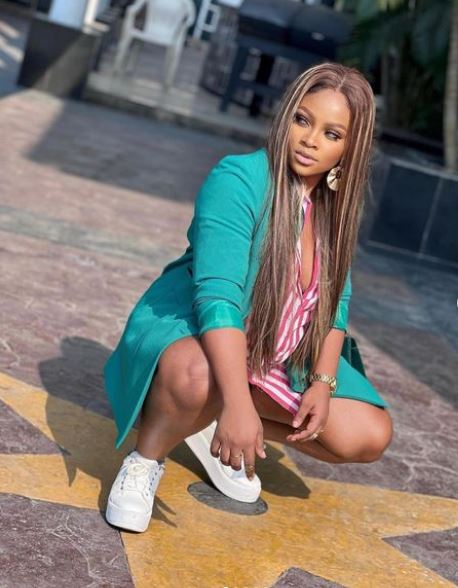 Kanyi Daily recalls that there was mild controversy in the Shine Ya Eye house after Angel and Sammie’s meat got lost which made Cross (current head of house then) fume over the act.

However, speaking to Emmanuel, Sammie who clearly seems to have made his finding said Tega was the thief and this resulted in a mild social media bout.

Reacting to this accusation, Tega Dominic took to the micro-blogging platform, Twitter to tackle Sammie while demanding to know why he made such a degrading statement against her. Sammie on his part averred that the video is an old clip and was only dug up to stir drama, but Tega seemed not to be having it.

See their exchanges below: 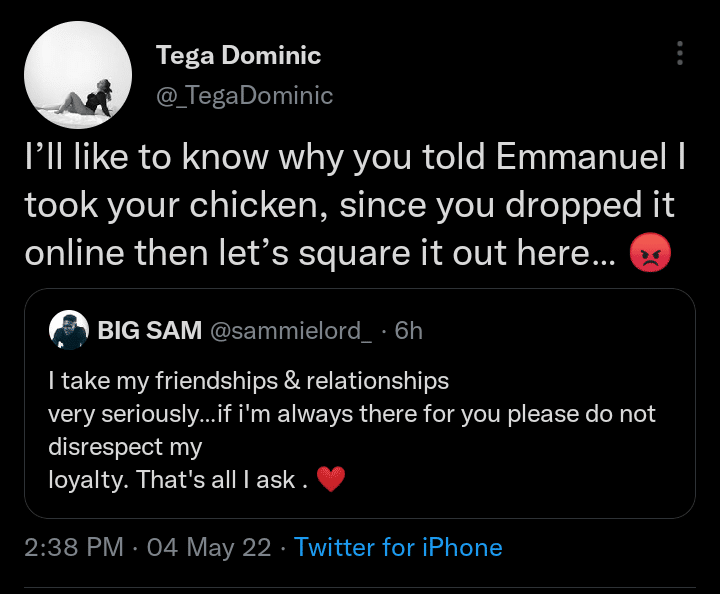 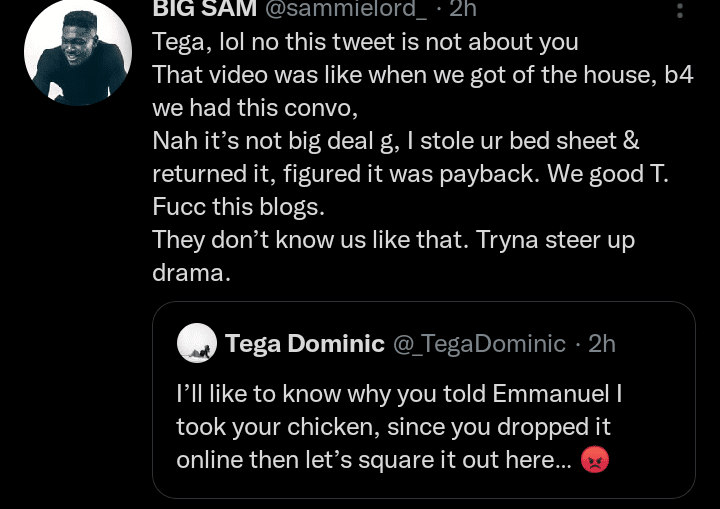 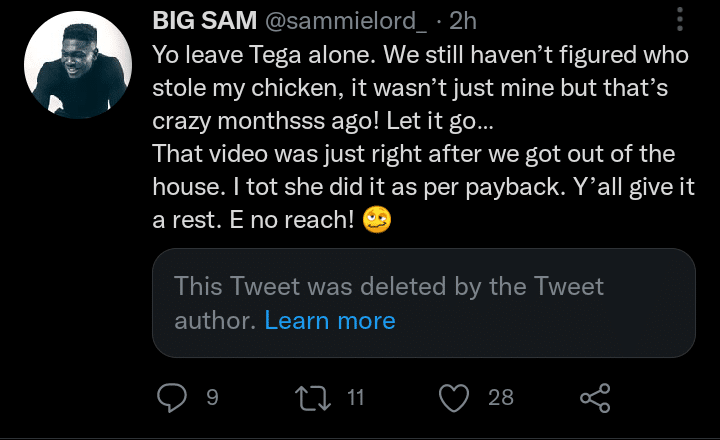 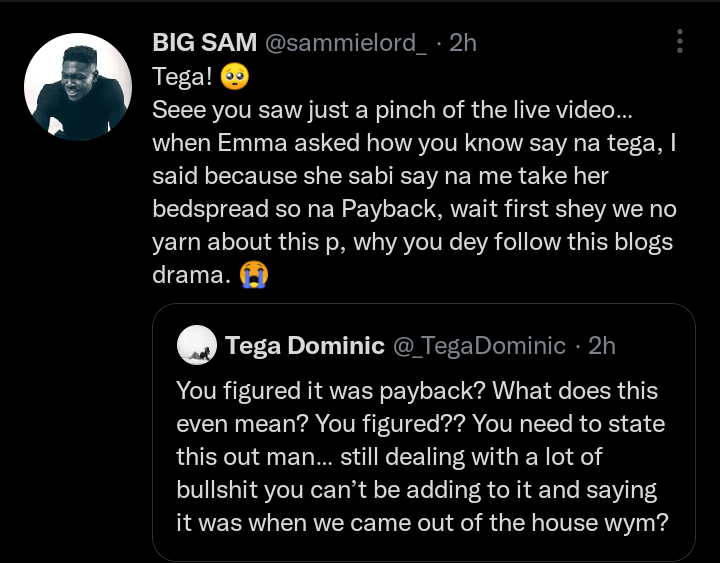 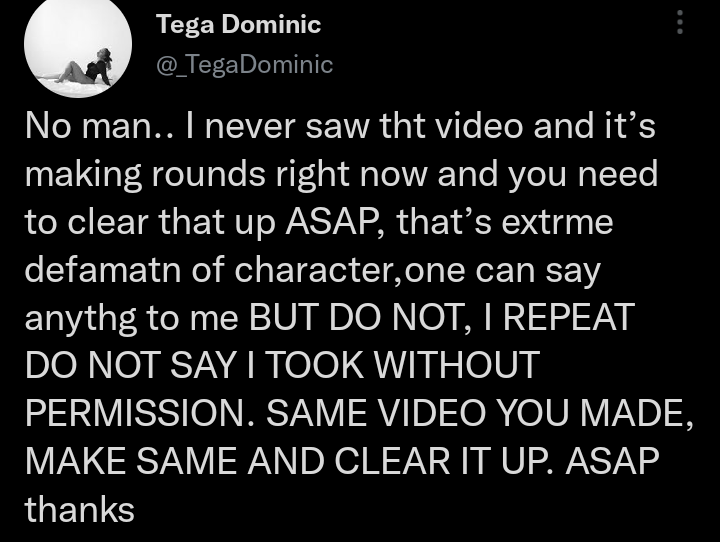 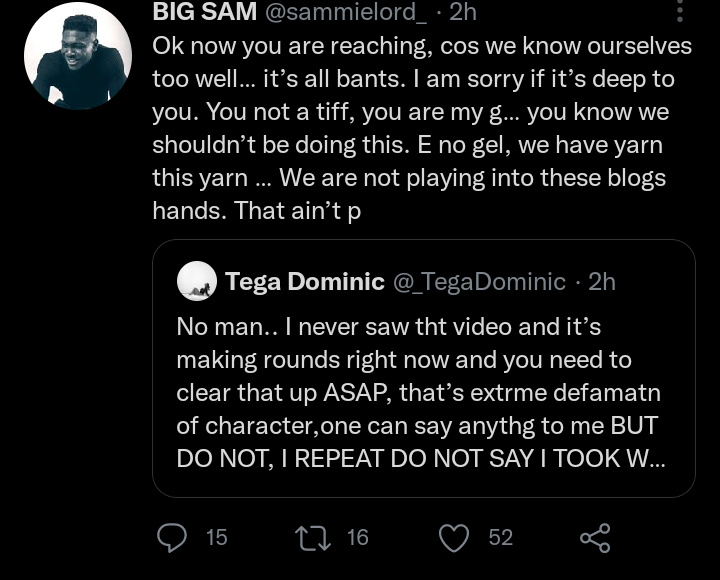 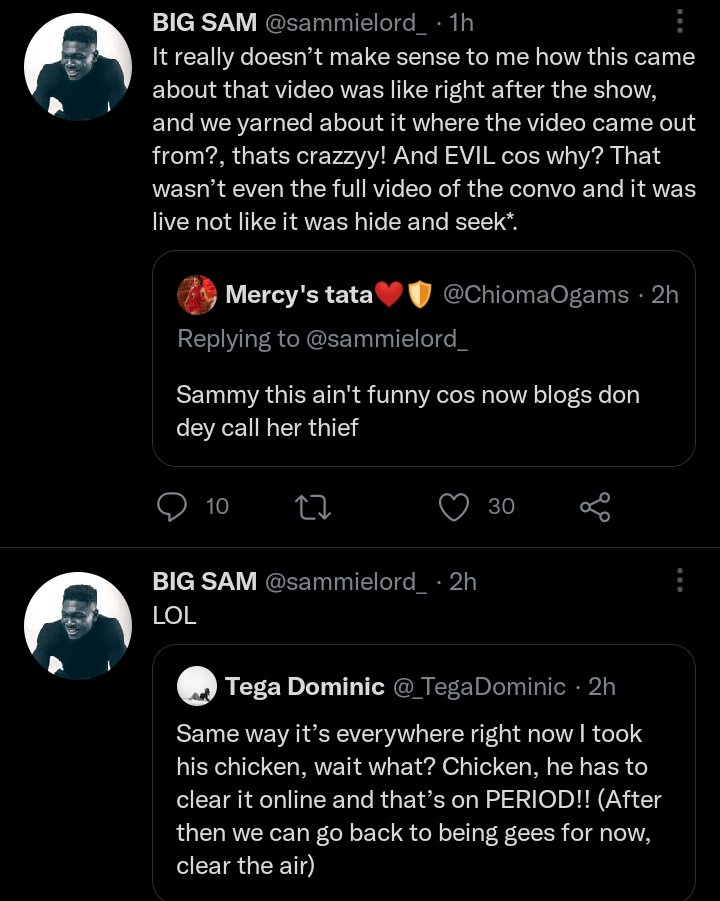 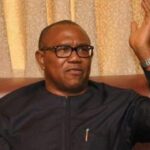 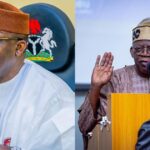