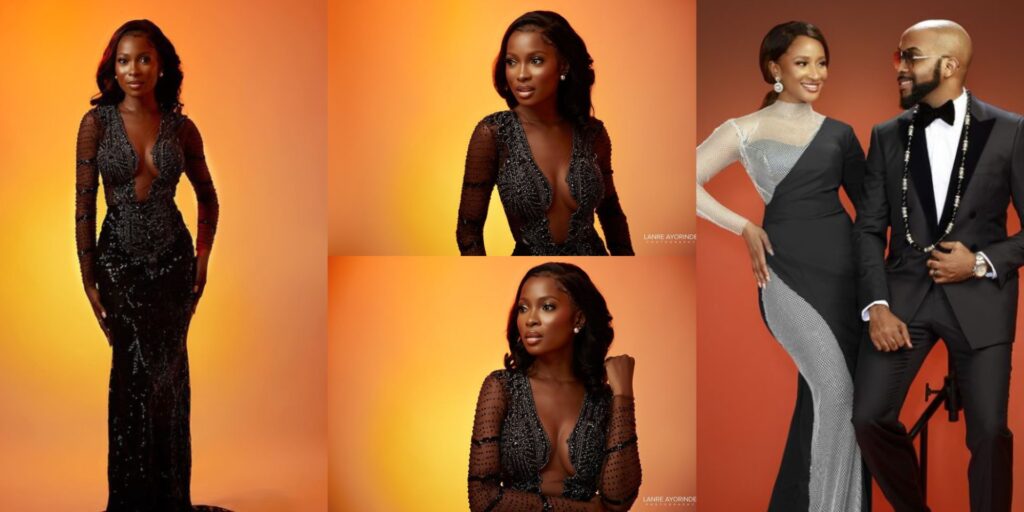 Ini Dima-Okojie who tied the knot with the love of her life, Abasi Ene-Obong in Church on Saturday, 28th May had lots of celebrities in attendance.

Jemima Osunde who also graced the occasion took to her Instagram page to drop photos of her looks to the wedding ceremony which triggered a little controversy.

Jemima’s outfit clearly put her cleavages on display which seemingly didn’t sit well with her friend, Adesua Etomi who subsequently drew the attention of her husband, Banky W to the post.

“papa I can explain….. material finished when we were sewing the sleeves and it’s sample material”

Refer to the screenshot below: 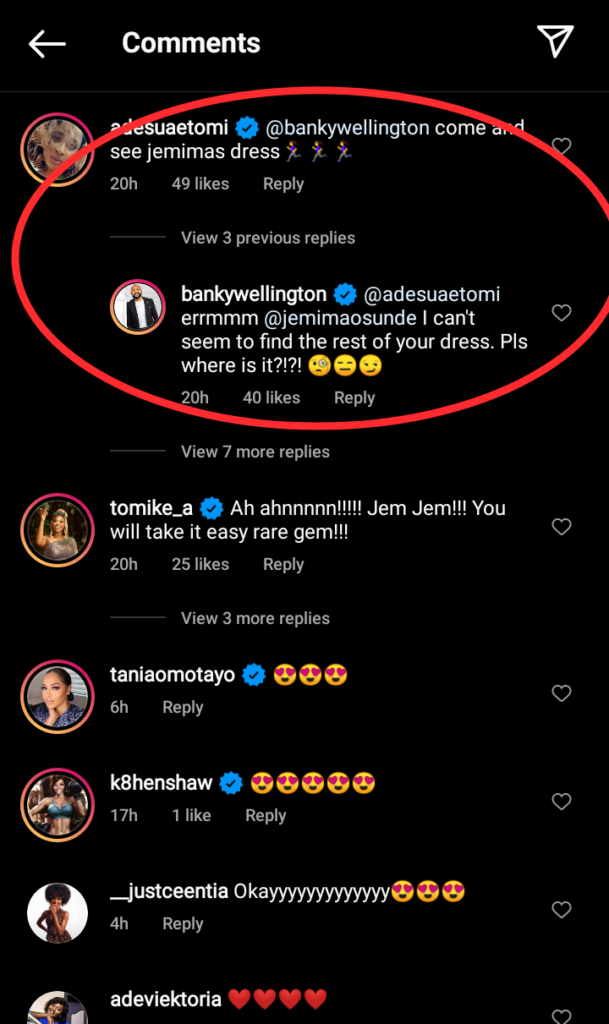 KanyiDaily also recalls that a woman has been apprehended by residents after her husband’s corpse was found in their bathroom three days after his death.

“I Made Mistakes, But I Never Slept With Your Best Friend” – Kaffy’s Ex-Husband