A couple has been left disappointed after welcoming quadruplets (4 babies) despite using contraceptives. 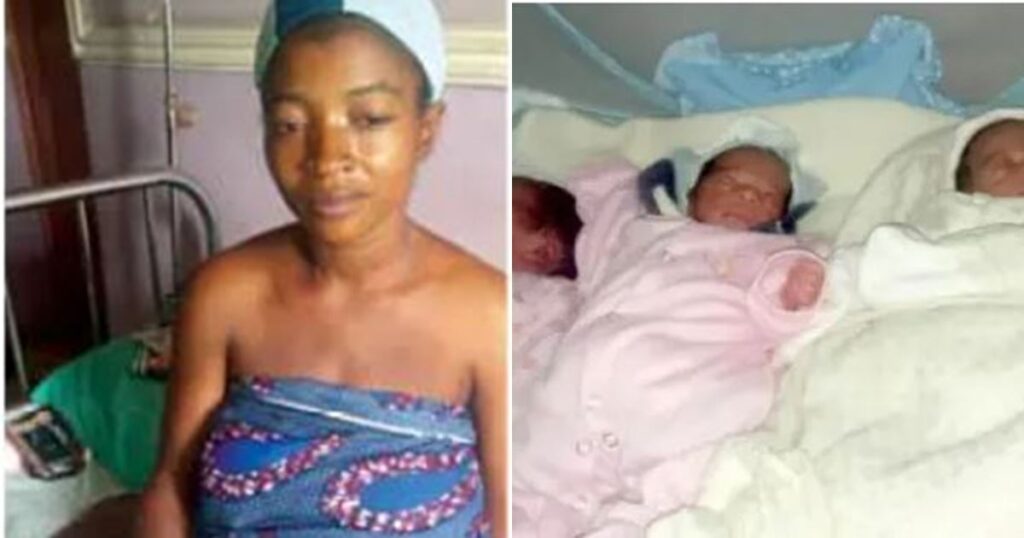 Mr and Mrs Christopher Agbo, already have 5 and resides at Sabon-Tasha, Gwliveagwa, an Abuja suburb.

The couple involuntarily welcomed quadruplets last Thursday, May 26, at a private clinic in Kubwa, Abuja.

Mr Agbo, who hails from Ado LGA Benue State, revealed that after having five kids, he and his wife, Mercy resolved to stop birthing more kids, then they opted for family planning and his wife was placed on contraceptives.

He added that his wife had an implant contraception surgery at a local health centre close to their residence and in addition to this, they also took drugs to make sure future pregnancy is prevented.

However, despite all efforts to stop procreation, his wife conceived and gave birth to 4 children at once.

“But despite all these, she conceived and was confirmed to be carrying four babies after a scan,” Mr Agbo told DailyTrust.

“We then visited the Kubwa General Hospital where she had a second scan and the same thing was confirmed; even with the expected date of delivery next month.

“But we had to rush back last Thursday as she started observing signs of delivery. She gave birth to the four babies without any operation.”

Speaking on the matter, the chief medical consultant of the hospital, Dr Onogwu Joseph, said:

“I am not aware of the said use of contraception by the mother of the quadruplets. But I presume that if it had been properly used it should not have led to that.”

In other news, social media users have mocked Regina Daniels’ mother, Rita after she secured only one vote in PDP primary election.