Report has it that the social media influencer, Ama Reginald who is said to be in a romantic relationship with popular singer, Davido regularly sleeps in the crooner’s house. 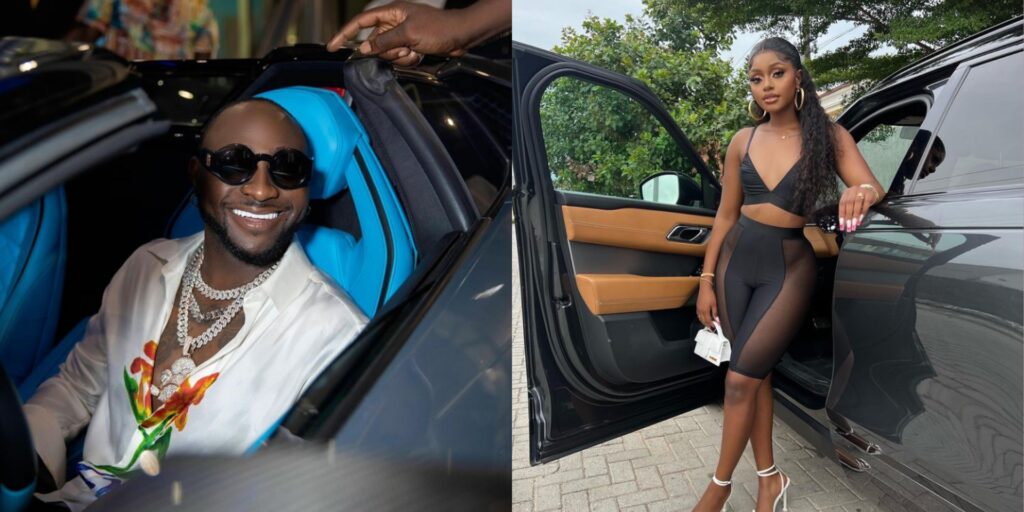 Fans even mentioned Davido as her sponsor when she took to her Instagram page to show off her newly acquired Range Rover SUV a few weeks ago.

Notwithstanding, in a recent report, gistangelblog disclosed that Ama Reginald now spends more time with the singer, regularly sleeps in his house and cruises in his private jet.

“Tor una remember our old customer Ama Dem say mama don dey sleep for Davido place regularly now, be like Sophia and Ama dey chop Davido now as Chioma just dey low-key on her own trying to stay out of online Drama. Ama self don dey follow Dem enter private jet God is Good ooo another congrats don dey come. I just say make I update for those way no believe when I first drip the Gist on April 7th. Na Ama dey rain now and as for that her friend hair boss Abi waything be her name way say na she buy Ama that house. Instead make una give credit to OBO una dey hide up and down, hair boss ko na dremo ni, person way don dey share cloth with Davido, but make una Sha say congratulate to Ama agin, make I use that one hold body for other repackaged bloggers, well las las OBO go reach anybody”. In related news, Davido has reacted after his uncle Ademola Adeleke stated that he’s willing to offer voters money.