The detained leader of the Indigenous People of Biafra (IPOB), Nnamdi Kanu was in high spirit on Wednesday despite being denied bail by Justice Binta Nyako of the Federal High Court in Abuja. 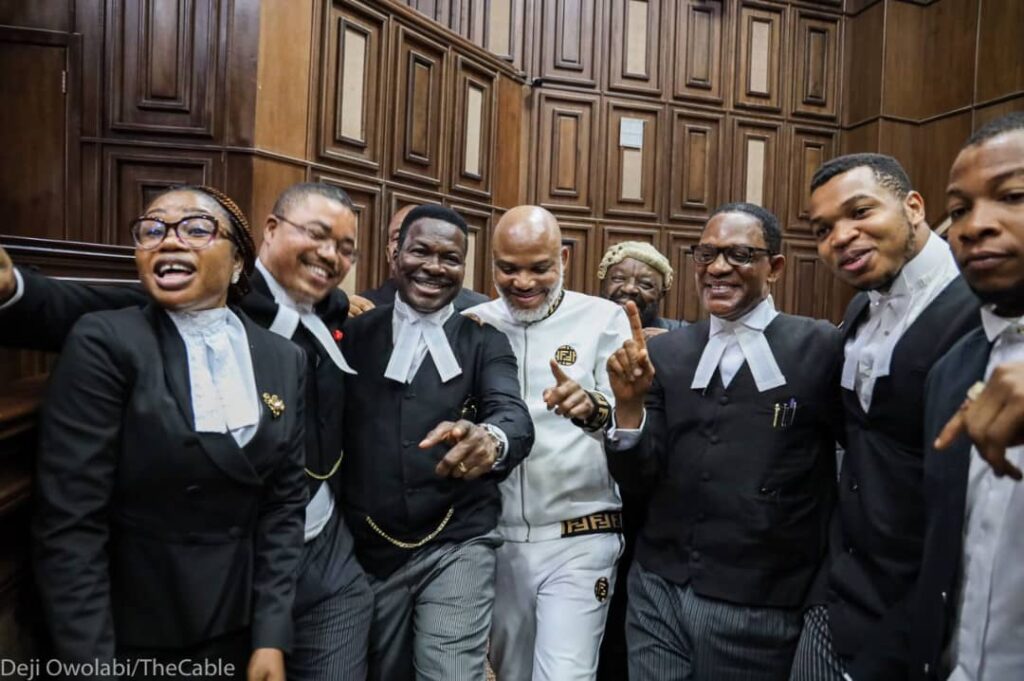 KanyiDaily recalls that Kanu was denied bail on Wednesday after Justice Nyako struck out the Federal government’s six amended charges against him and fixed May 26, 2022, for ruling on another bail application.

Despite being denied bail by the court, the IPOB didn’t seem too worried as he posed in court for photographs with his legal team comprising of Ifeanyi Ejiofor and Mike Ozekhome.

In the photo, Kanu and his lawyers were seen jubilating following the outcome of yesterday’s court sitting which was in favour of the detained IPOB leader.

Sharing the photos on his Facebook page, Ifeanyi Ejiofor wrote  “FOR HE IS A JOLLY GOOD FELLOW!!!

We are all very optimistic of the final victory, Ezigbo UmuChineke. This was our mood after His Lordship’s Ruling, burying the new Amended Six-Count Charge.

The light at the end of the tunnel is gradually crystallising… Please remain steadfast with your prayers and supplications to the Almighty Chukwuokike Abiama, for victory is assured. We move, Ezigbo UmuChineke!!!” 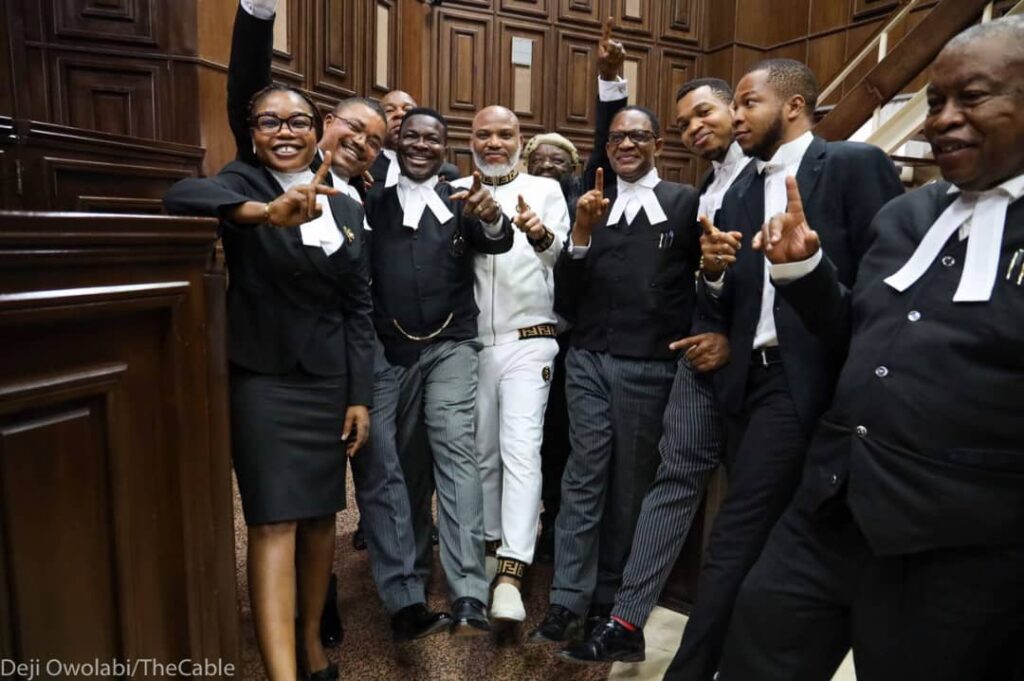 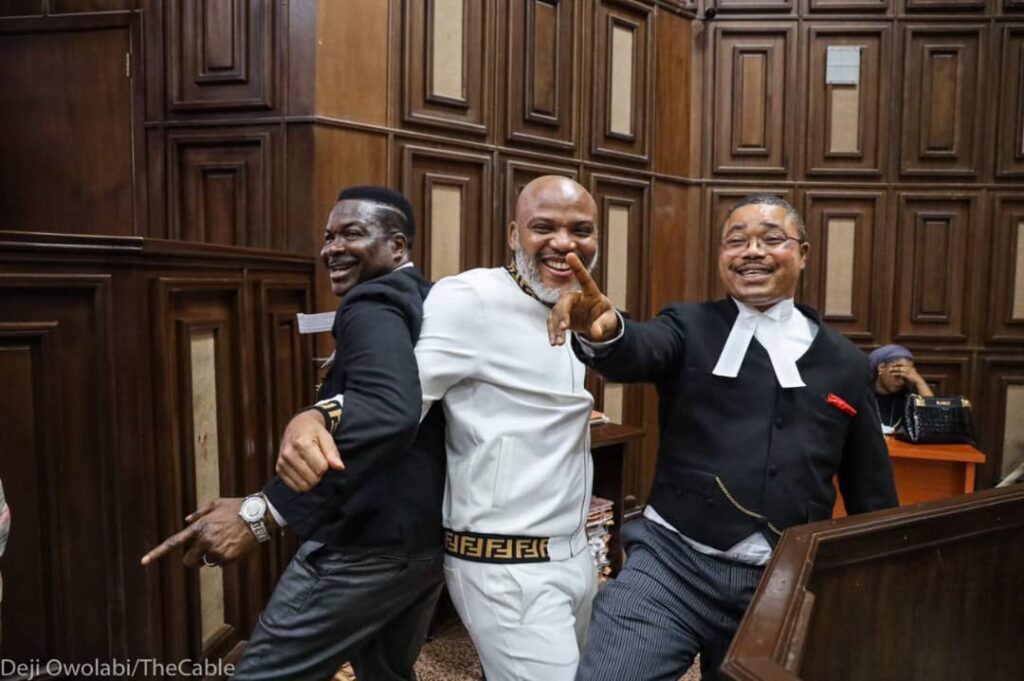 KanyiDaily recalls that the FG had amended the charges against Nnamdi Kanu and listed some lawyers representing the embattled IPOB leader as accomplices.