Cross River State Governor, Benedict Bengioushuye Ayade has reacted to a claim that he lost a Senatorial primary election for Northern Cross River under the All Progressive Congress, APC. 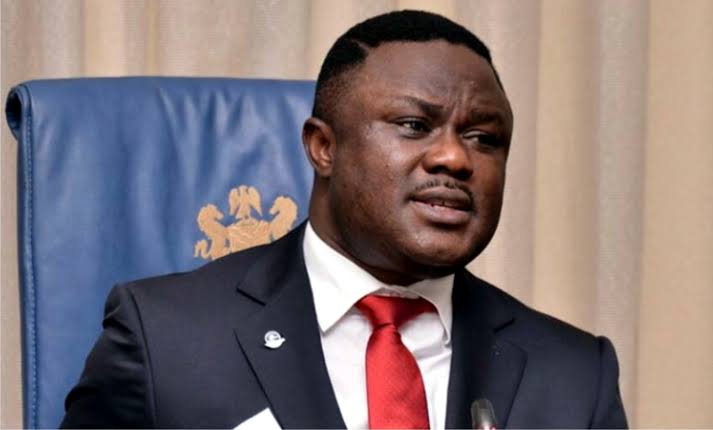 A video that captured the moment of electoral proceedings also tried to stand as proof.

However, in a statement released by his media aide,  Christian Ita, the Governor stated that he never participated in any election.

He went on to assert that he is looking forward to the APC presidential primary election which is scheduled to take place on June 6.

According to Ayade, the poorly edited clip is an effort by political desperados to embarrass him.

He added that the video posted online was a joke taken too far.

See the press release below: 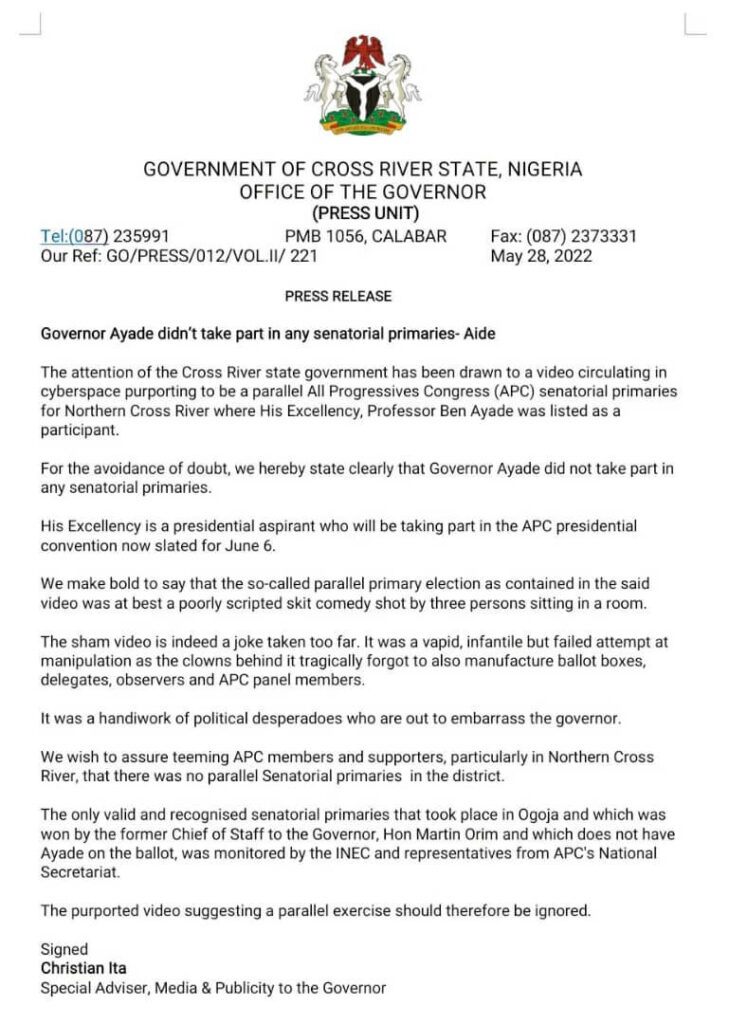 In other news, Kunle Adeyanju, the London-to-Lagos biker has finally arrived Nigeria. He arrived on May 29th.