Gunmen recently staged an attack and kidnapped two priests and other individuals in Katsina State. According to Daily Post, the armed men launched the attack around 1 am on Wednesday, at St. Patrick Catholic Church, Gidan Mai Kanbu, in Kafur Local Government Area of the state.

The report held that two priests alongside some of their visitors were abducted.

Among those kidnapped are the Mai Kanbu Parish Priest, Father Stephen Ojapah and another priest identified as Father Oliver.

At the time of filing this report, the spokesman of the Katsina Police Command, SP Gambo said he has not received any report as regards the incident and promised to get back to newsmen immediately after he lays his hand on any vital information pertaining to the abduction.

KanyiDaily recalls that Apsotle Chibuzor Chinyere has donated a 14-flat mini estate and a car to the family of late Deborah Samuel. 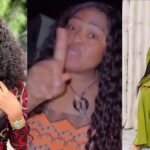 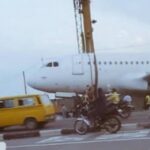