Ace actress, Ireti Doyle has penned a note of appreciation for her colleague, Adesua Etomi-Wellington as she narrates how she stopped her daughter, Jemiyo from being bullied in school. 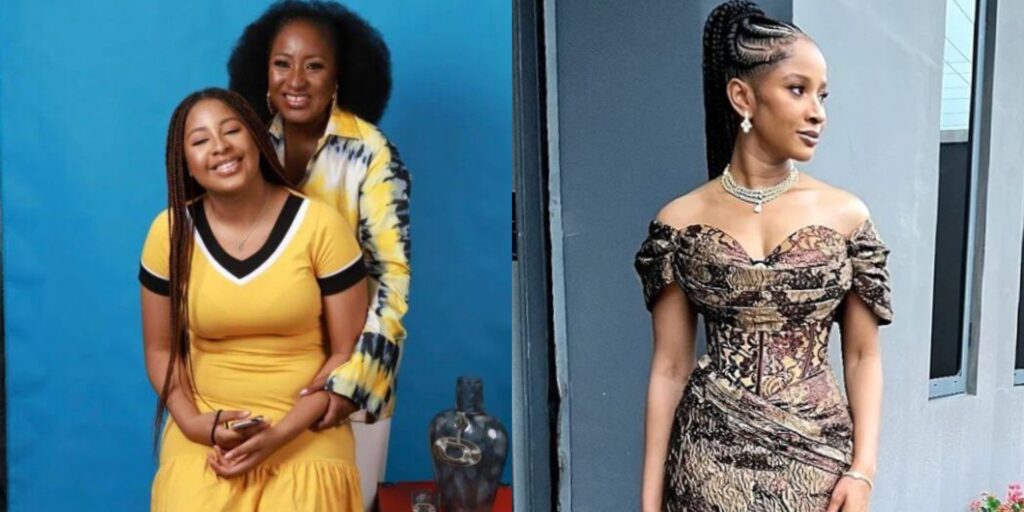 Ireti in a lengthy Instagram post disclosed that her daughter enrolled in a new school and subsequently contested for a position in the Students Council and won.

This victory however didn’t sit well with other students as they questioned why her daughter would win a position in the school barely after admission.

According to Doyle, this resulted in her daughter being bullied by these students and when she wanted to intervene, Jemiyo wouldn’t let her.

However, the act of bully from the students ended after Adesua offered to pick Jemiyo up from school and deliberately strolled with her hand on her shoulder while other students watched in awe.

The influence of an A-list celebrity like Adesua ended the bullying act immediately.

“*NOT SO RANDOM STORY
Sooo sisi kekere (can I still refer to her like that?🤔) had just transfered to a new school having spent her entire academic career up to that point in one place.
It took a whole summer of convincing, but I finally caved in – do not underestimate @jemiyodoyle once she’s set her mind on a thing.
Anyways, she arrives, bright and bubbly eager to take on new territory and blossom, which she did. Within months of arriving she vied for and won a position on the students Council.
Apparently that’s not allowed. “You cannot just arrive here and begin to “shine” without “permission”.
Oh the bullying was aggressive! And most of the time, she would beg me not to step in, determined to make her own way.
Anyways Mrs. Wellington heard about the goings on and said “Auntie, I’m going to go pick Jem from school one day”… I said OK.
On said day, she asked me to sit in the car. It took longer than usual…
@adesuaetomi didn’t just “pick” her from schl…she took her time to stroll round the schl compound with her arm around Jemiyo, waving at the students who had become dumbstruck. The message was clear : “This is my Beloved, thou shall not touch”. Suffice to say the bullying died down significantly from that day – true star power.
Jem has kolobied many of my friends, who have poured into her…some for a season, for some, just a brush…you have no idea how powerful just one brush from the right person is in molding a young mind. It truly takes a village…the 3 people captured here represent mine.
To everyone who has ever touched Jems life positively…THANK YOU🙏🏽
I also want thank the multitude of my online village too, for your warm wishes and prayers…Omo a ye gbogbo wa, a o ni se ti, ni oruko Jesu!!!❤️”

In related news, content creator, Zicsaloma was called out for allegedly demanding to sleep with upcoming male skit makers as a condition to make them famous. 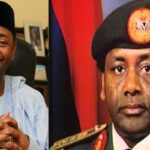 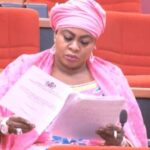