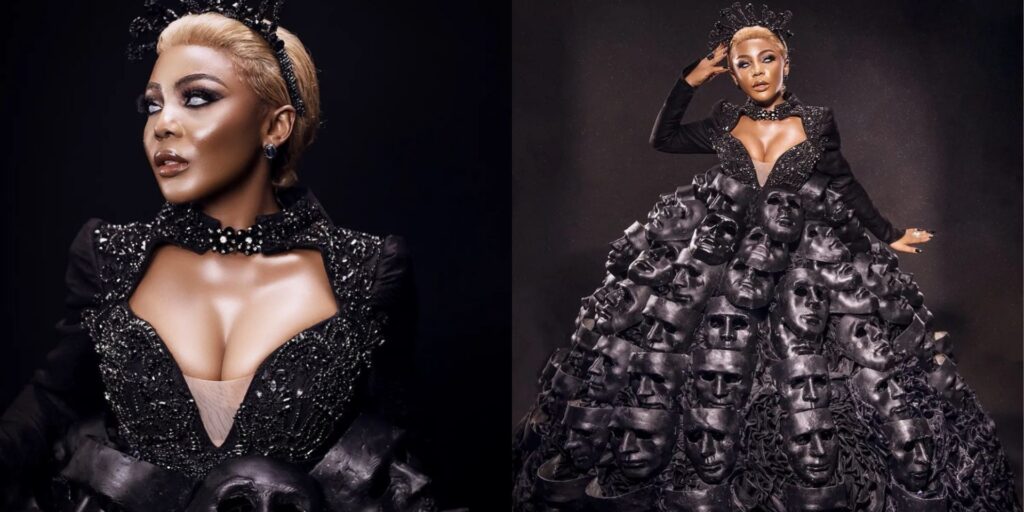 The ex-Big Brother Naija housemate who donned a black attire with a skull-like design came under intense attack as some tagged it as a devilish outfit.

Also, recall that Ifu Ennada took to her Instagram page to stir up massive reactions after claiming that her entire look cost over $100k (N60M)

In a recent development, responding to people who described her as devilish, Ifu Ennada reiterated that her outfit was just a brainchild of fashion.

She went on to state that she’s born again and a child of God.

“I am born again. I have a whole Bible App I use to study the Word of God daily. Pls stop this narrative of me being devilish because of my AMVCA look. I am a child of God…it’s all fashion.”

Check out some screenshots below: In related news, actor Uche Odoputa has revealed that his father has been held by kidnappers for 2 weeks.

Nollywood Actor, Uche Odoputa Reveals His Father Has Been Kidnapped For 2 Weeks