Port Harcourt-based clergyman, Chibuzor Chinyere has given Deborah Samuel’s siblings scholarships to study in his church’s free school while promising to get a job for her father, and open a shop for her mother. 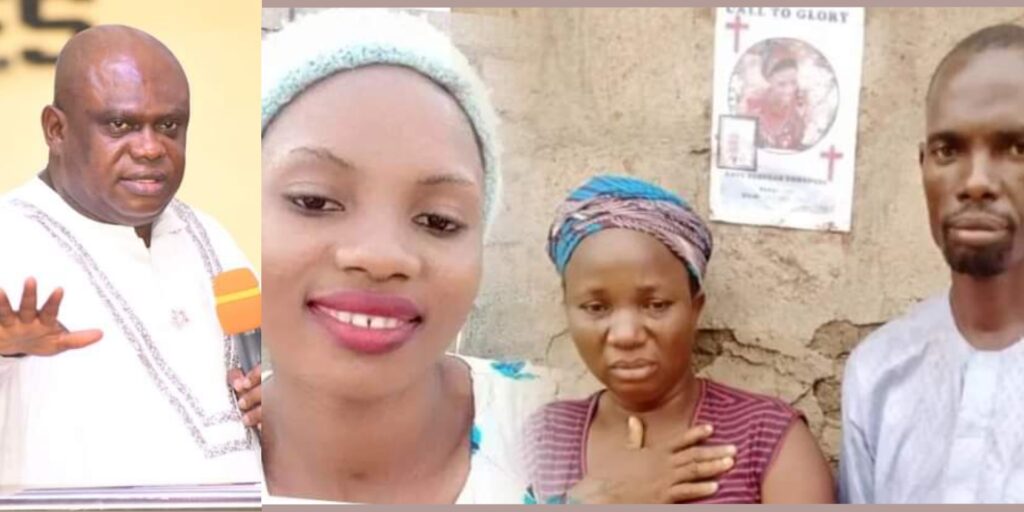 The General Overseer of the Omega Power Ministries disclosed this via a post he shared on his official Facebook page where he stated that he watched the video of late Deborah’s parents saying they won’t send the rest of their children to school again.

Apostle Chinyere forbade such a statement while asserting that he’ll relocate them to Port Harcourt where they would live in the church’s free estate forever.

“I just watched a video clip where the parents of Deborah Samuel said they will not be sending there children to school again. GOD FORBID.

Anyone with there contacts should inform them immediately that I Apostle chibuzor chinyere the general overseas of OPM Church is relocating them to port harcourt.

They would be staying in one of the OPM free estates were they will never pay rent forever.
All there children are given automatic scholarship in OPM Free schools.
I will get the father a job and I also open a shop for the mother.
Please get in touch with them immediately.
God bless you
pls continue to share until it get to them.” 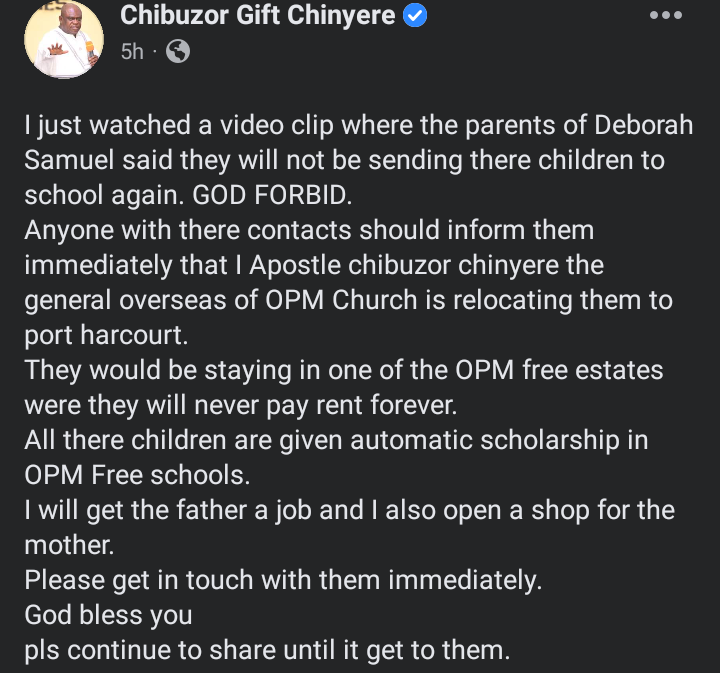 Recall that Deborah Samuel; a Christian student of Shehu Shagari College of Education, Sokoto was beaten and burnt to death by her colleagues for allegedly insulting Prophet Mohammed. 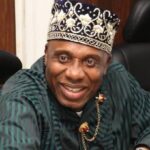