The Indigenous People of Biafra (IPOB) has warned Apostle Johnson Suleman and Pastor Tunde Bakare to desist from making unguarded statements against its agitations for Biafra and the entire Igbo nation. 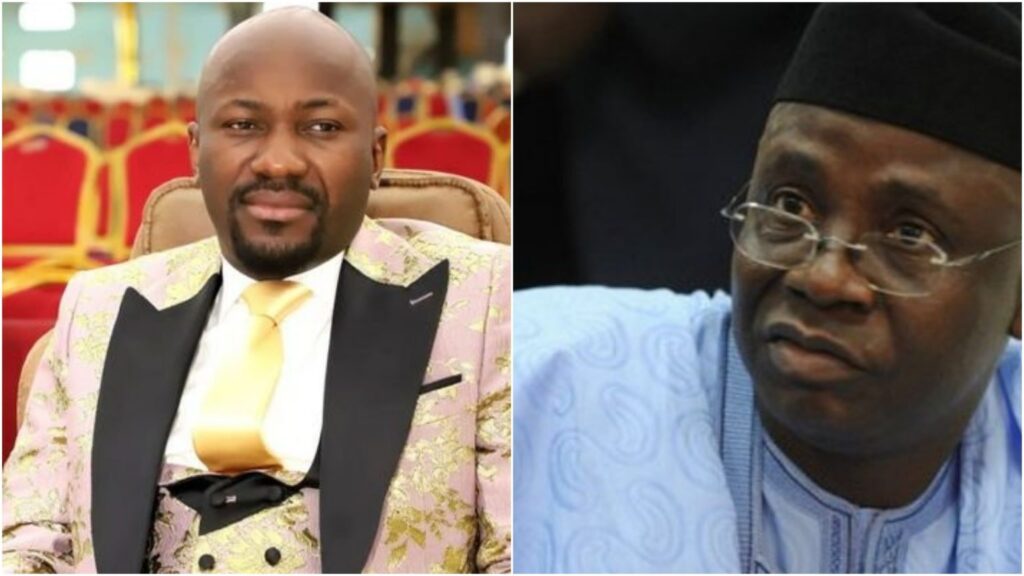 While delivering a sermon some weeks ago, Apostle Suleman claimed that Igbo people are the problem of the Igbo ethnic nationality and are always destroying one another.

He said, “Somebody from the South, somebody from the East. You betray your people. Look at this agitation for Biafra. Who are the people attacking Biafra most, Igbos? Shameless Igbos.

“If today they get that Biafra, it is an Igbo man that will scatter it. That is the truth. During the time of the Senate, when an Igbo man became a senator, it was an Igbo man that removed him. You remember the Enwerem, Chuba Okadigbo, Pius Anyim…remember all of them? It was Igbo that was removing Igbos. That was the first and shortest Senate Presidency we have had in this country.

“An Igbo man employs an Igbo boy to sell in his shop, he will wreck him. He will carry all the man’s money, he will buy land. He wouldn’t wait to be settled. The problem of Igbo is Igbo. I repeat it, if you sell your brother, even the buyers will not trust you.”

Reacting in a statement on Tuesday, IPOB Spokesman, Emma Powerful said the cleric should guard his utterances against the separatist group and the Igbo nation.

Powerful lamented that Suleman and Bakare verbally attacked IPOB and the Igbo nation without cause, warning that they should mind their pastoral work and steer clear of the freedom fight being pushed by the group.

He said: “The attention of the Indigenous People of Biafra, IPOB, under the command of our Leader, Mazi Nnamdi Kanu, has been drawn to the unprovoked verbal attack and ranting by Apostle Suleiman against IPOB and the enterprising Igbo nation.

“It is a puzzle that a man of God will abandon his calling and resort to attacking a nation without any cause. When has unguarded utterance against IPOB and the Igbo nation become part of Suleman’s calling?

“We don’t intend to join issues with Apostle Suleiman and his likes such as Tunde Bakare but our message to them is very unambiguous: They should steer clear from any matter concerning IPOB or the great Igbo race.

“Let them concentrate on their apostolic calling and restrain from unguarded utterances or vituperations on subjects beyond them.

“We warn Apostle Suleiman and his likes to restrain from any comments on IPOB or Igbo nation as that will not be tolerated anymore. We don’t want to have issues with any man of God, and men of God should know their limits.

“Men of God in the bible days were never known for controversies.”

KanyiDaily recalls that a UK Court had recently ordered Apostle Johnson Suleman to pay £19,601 as part of sanctions in the suit he entered against a London-based blogger, Maureen Badejo, alleging defamation of character.