Nigerians have trooped out in mass to welcome the London to Lagos biker, Kunle Adeyanju as he finally arrives in Nigeria. 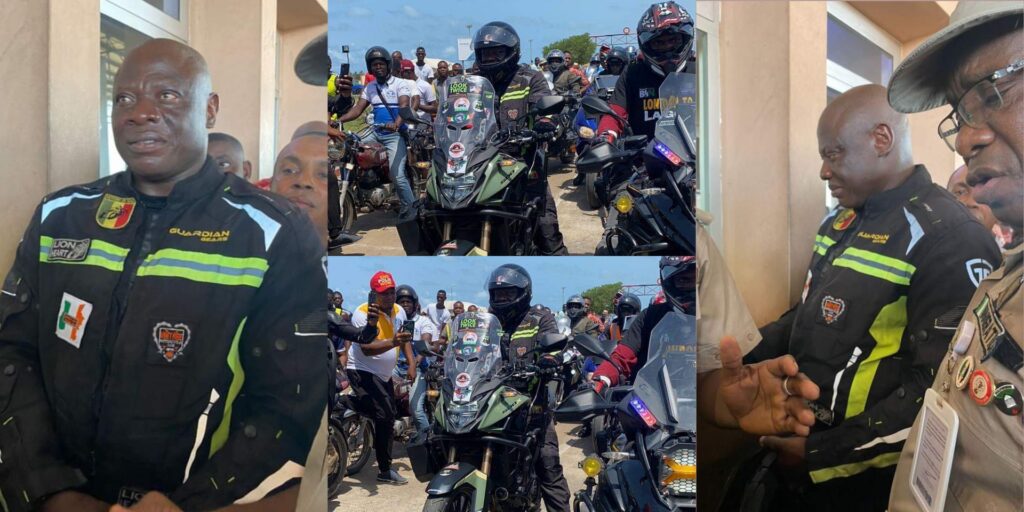 The resilient man who embarked on the journey 39 days ago became a viral Internet sensation as people monitored his movement from country to country.

Adeyanju also dropped updates as regards his journey on his Twitter handle where he received both words of encouragement and discouragement from the bird app users.

However, today Sunday, 29th May 2022, he touched down in Lagos State amid cheers from the crowd who welcomed him.

Nigerians have complimented this rare act of bravery and determination.

KanyiDaily also sourced a video that captured the moment of celebration that showed people chanting songs of praise for the biker.

Adeyanju had also hinted at selling his bike for N10M upon his arrival in Lagos State.

In other news, Joe Igbokwe has stated that PDP has committed a political blunder by voting Atiku Abubakar as the party’s flagbearer.