Veteran journalist, Kemi Olunloyo has issued an update on the supposed brawl with Tonto Dikeh that was to take place at her residence in Lagos. 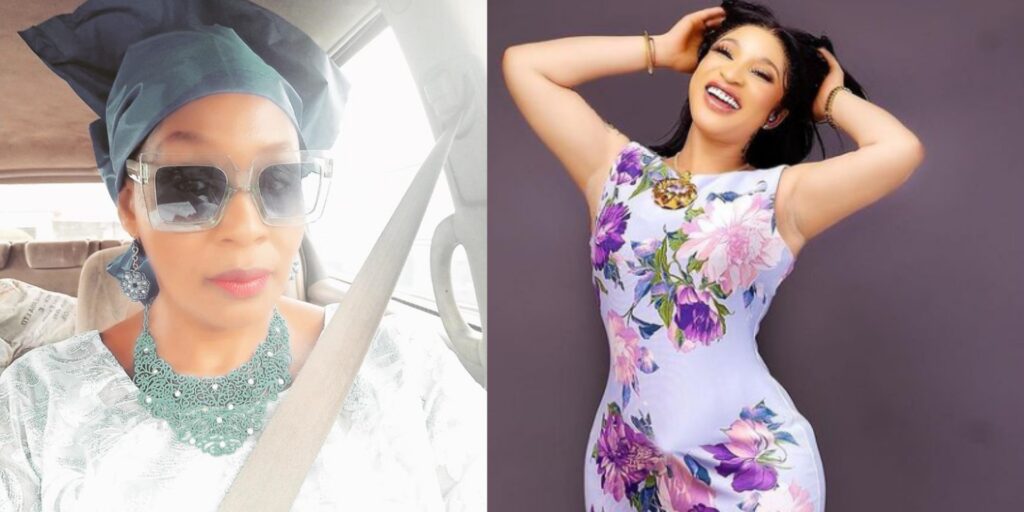 Recall that Tonto’s rage towards Kemi Olunloyo ensued after the latter termed the former’s posts during Kpokpogri’s house demolition saga as a medium to chase clout.

Tonto who fired back a few moments later affirmed that Kemi Olunloyo will soon return to jail.

Their blasts and counterblasts continued with Kemi accusing the actress of drug abuse and attempting to kill her ex-husband, Olakunle Churchill.

Lately, Tonto Dikeh having obtained Kemi’s house address revealed that she has arrived in Lagos to descend heavily on her.

However, hours after the announcement, Kemi took to her social media handles to taunt Tonto while revealing that she never showed up. In related news, Bobrisky has warned ladies to stop flooding his DM to request a romantic relationship with him.