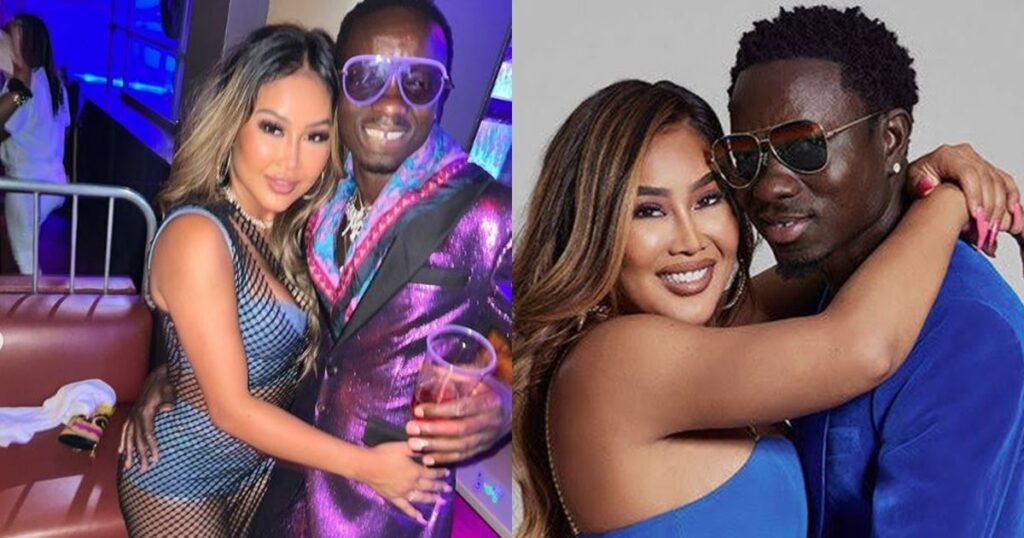 The comedian had proposed to Rada last year and they are seemingly making plans to tie the knot in no time.

In a recent interview with ‘It’s Tricky with Raquel Harper’, Blackson revealed that his girl is a freak and she enjoyed watching him sleep with other women during the early stages of their relationship.

According to him, during intercourse, she reaches climax whenever he tells her what he did with the last woman.

This disclosure left the interviewer a bit dumbfounded.

“My girl Rada is a freak. Earlier in the relationship, she enjoyed watching me sleep with women… she did!

In other news, reality star, Pere Egbi has reacted after his alleged sugar mummy got unveiled.

Pere Egbi Reacts After Sugar Mummy Got Exposed, Reveals Next Line Of Action