The Former Minister of Aviation, Femi Fani-Kayode has highlighted the hypocritical nature of Nigerians which he described as “a journey of self-discovery and an in-depth analysis of the Nigerian psyche.” 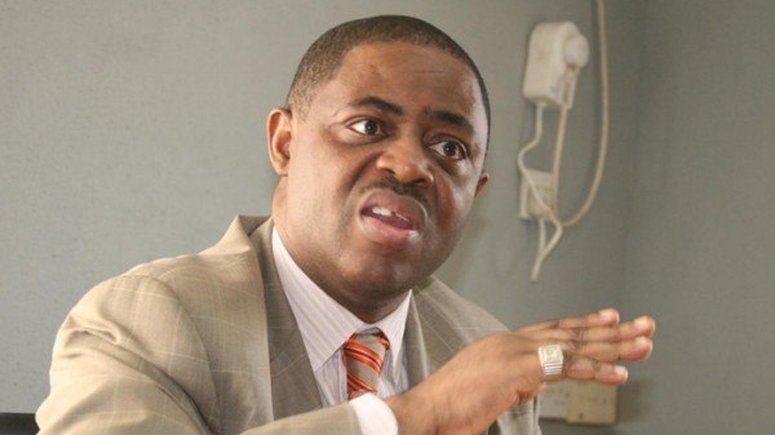 In a statement titled: “Bitter Truth About Nigerians”, the human rights lawyer accused Nigerians of being in support of negative happenings to the detriment of the acceptable standards.

He said “They (Nigerians) take pleasure in young and misguided sexual deviants, filthy reprobates and aging harlots who sleep with dogs and donkeys in the closet of their bedrooms and who eat the faeces of strange men in faraway Dubai.

“They rever, follow, and worship such filthy creatures on Instagram and social media, describing them as “slay and beauty Queens” and hold them up as role models.

The statement reads, “Permit me to begin this contribution by saying that I am proud of being a Nigerian and that I would have it no other way. Yet we must look in the mirror once in a while and share some bitter truths about who and what we are.

This is not a self-deprecating piece but a journey of self-discovery and an in-depth analysis of the Nigerian psyche.

READ:  "Any Man Who Bathes Three Times Daily Is Not A Husband Material" - Jacinta Ocansey

If you do not want to hear the bitter truth and you do not have the stomach for it please stop right here and do not read the rest of this write-up.

To those that have the stomach for it and that are ready to test the boundaries and weather the storm, here we go.

They do not know why Flora Shaw, Lord Frederick Lugard’s wife, chose the name Nigeria and they do not know the strange circle they belonged to and the dark and sinister forces they served.

They do not know why Lord Goldie, the de facto founder and “owner” of both what was them know as the Northern and Southern protectorates of Nigeria, refused to allow his name to be associated with Nigeria even in death and specifically willed and placed a curse on anyone should mention that nation in connection with him even though he was its de facto and effective founder.

They do not know the strange circumstances under which the same Lord Goldie eventually met his end.

They do not know the number of their innocent compatriots, including women and children, that they have jointly butchered over the last 62 years and neither do they care.

They have never expressed regret or remorse for the barbaric acts of mass murder, genocide, fratricidal butchery, crimes against humanity and war crimes that they have indulged in over the last 62 years even though this has resulted in the untimely death of millions.

They do not know that they have shed more innocent blood in peacetime than any other nation in the world and that they are more likely than not today’s murder capital of the world.

They do not know those behind all the insurgency, rebellion and terrorism that has plagued their country. They do not know that there us a deep and sinister foreign dimension to these violent and savage attacks and massive bloodletting.

They do not know of the British, French and American rivalry and conflict that is brewing in their nation and sub-region.

They do not know thet they are nothing more than a dumping ground for western consumer products and a source of cheap labour for western companies.

They do not know that most of their leaders are lackeys of the West, paid informants and professional spies.

They do not know they are in a mess and in grave danger and that if they get it wrong in 2023 the damage will be irreversible and it will seal their fate forever.

They do not know what is going on in the Ukraine and that we are not too far away from WW111 which will impact them badly.

They do not know the evil ways of the West and they worship, mimic and ape the leaders of Western countries.

They do not know the virtues of the Russian struggle and its heroic stand and gallant defiance against the powers that control the world.

They do not know that Putin’ is fighting for all people of faith and against the establishment of a New World Order which is not only godless and satanic but also designed to cull down our numbers, enslave, kill and destroy us all.

They hate the loving, the kind, the honest, the prudent and the righteous and they love the hateful, the cruel, the corrupt, the reckless and the depraved.

They regard deliverers and gallant men of courage, fortitude and vision as vain fools and they see cruel oppressors as great and worthy heroes.

READ:  Lady Seeks Advice After Finding Out Her Fiancé’s Father Was Her Former Sugar Daddy

They love the sensual and the sedentary and they worship money whilst they have contempt for those who place more value on discipline, restraint, holiness, virtue, honesty and decency.

They place no value on education or the educated but place all value on those that flaunt cash and worship money.

They build mega churches which refuse to cater for the poor and they go there to ask God for prosperity and promotion instead of love and salvation.

They condone Pastors that offer round-trips to heaven for 310,000 naira and they tolerate Sheiks that promote, protect, defend and pamper bloodthirsty terrorists and heartless kidnappers.

They take pleasure in young and misguided sexual deviants, filthy reprobates and ageing harlots who sleep with dogs and donkeys in the closet of their bedrooms and who eat the faeces of strange men in far away Dubai.

They rever, follow and worship such filthy creatures on Instsgram and social media, describing them as “slay and beauty Queens” and hold them up as role models.

We are a sick nation that is in dire need of prayer and deliverance. We need the light and the power of God. We need a miracle. We need a new beginning.

We need young, strong, God-fearing and dynamic leaders who have no fear and who are prepared to tread on the toes of the mighty to get things done.

We need leaders who have not been charmed or seduced by the forces of darkness and who do not bow to satan in the secrecy of their closets.

We need faith, courage and strength and a restoration of our noble and historical values. Most important of all we need love, peace, unity, compassion, understanding and to be our brothers keeper.

We need to accept the fact that we are first and foremost Nigerians and that we shall either sink or swim together.

“May the Lord help us all and may 2023 usher in a new leader that will change all this, restore our fortunes, establish new standards and set us on the right path.”

READ:  22-Year-Old Lady Asked To Choose Between Her Boyfriend And Scholarship Abroad

KanyiDaily recalls that the Economic and Financial Crimes Commission (EFCC) had recently revealed how the sum of N1.5billion was fraudulently transferred to Femi Fani-Kayode. 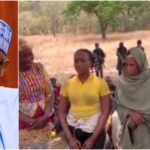 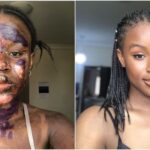