The Edo State Police Command has apprehended a prophet identified as Benson Nosakhare, for allegedly defrauding members of the public with fake prophecies. Benson was arrested after one Mr Osamudiamen Thompson reported him to the police while alleging that he hypnotized him and collected his car.

Thompson claimed that he unconsciously gave the prophet his Lexus ES 350 car after he told him that he had a vision about him having an accident with the automobile.

He further stated that after he came back to his senses, the pastor had already repainted the car from gold to black.

“The operatives of Edo State Police Command on 03/05/2022 arrested a fraudster masquerading as prophet Benson Nosakhare ‘M’ who prey on gullible members of the public through the use of false prophecy and divine pronouncements.

“One of his victims Mr. Osamudiamen Thompson ‘M’ of Osemwenkhae Street, Ikpoba Hill, Benin City in a petition addressed to the Commissioner of Police Edo State, complained that he was hypnotized by prophet Benson Nosakhare ‘M’ of Power Ground Chapel Incorporated situated at No. 3 Uwa street off 2nd East Circular Road, Benin city.

“According to the victim, the prophet claimed he saw him in a vision where he had an accident with his Lexus ES 350 car. He said the prophet told him that for him to avert the accident he should use the car to sow seed to the Lord which he did in his church.

“He further stated that after he came back to his senses, he noticed that the prophet had already changed the color of the car from gold to black and was already using it.

“The suspect had confessed to the crime and will be charged in court accordingly. The following cars were recovered during a search of his apartment in Benin City. A Lexus ES 350 car and Lexus RX 350 jeep were obtained from Odigie Godspower using the same fake prophetic pronouncements.” 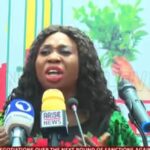 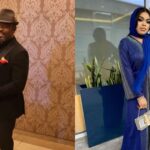