Fidelis Anosike, the husband of ace actress, Rita Dominic has reacted amid allegations of cheating on his newlywed wife. 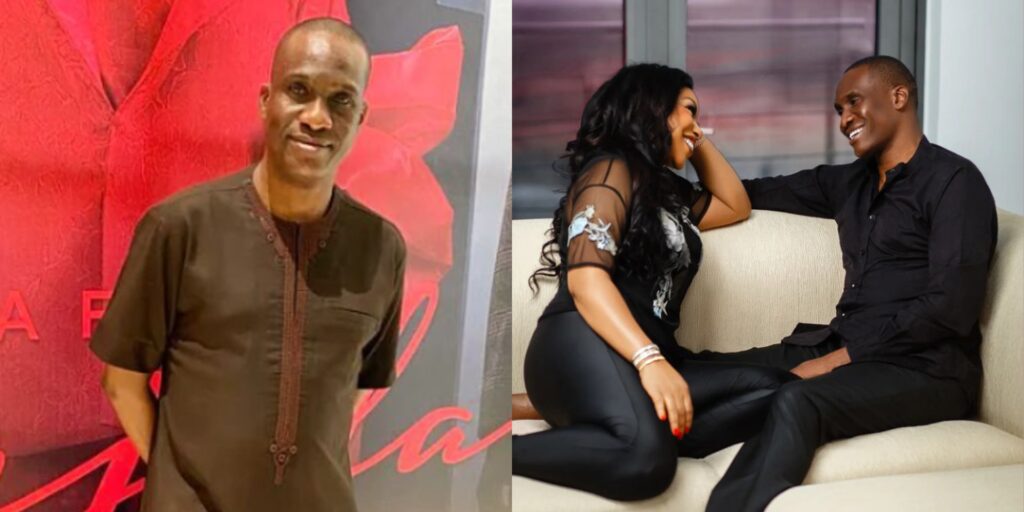 KanyiDaily recalls that the faceless blogger, Gistlovers alleged that Fidelis Anosike is in a romantic relationship with two undisclosed Nollywood actresses.

According to Gistlovers, these two actresses attended the couple’s wedding and were very vibrant at the ceremony as they danced energetically and even gave the couple gifts.

However, despite being married, the actresses have refused to let go of Fidelis and neither is Fidelis willing to let go of them too.

The anonymous writer went on to provide the initials of the actresses: ‘Aunty U and Aunty I’ according to Gistlovers.

While the news circulated online, Fidelis Anosike kept calm about the saga and never reacted but in a recent development, he took to his Instagram page to share a photo of himself and his wife without adding any caption.

In related news, actress Ireti Doyle has revealed how her colleague, Adesua Etomi-Wellington saved her daughter from being bullied at school.

“I Can’t Kill Myself” – Mr Ibu’s Wife, Stella Cries Out As Husband Lands In Hospital On Their Wedding Anniversary