There was unrest in Ojo Local Government Area of Lagos State after motorcyclists (Okada) riders clashed with the police while resisting the agency’s attempt to enforce the ban on their operations in the State. 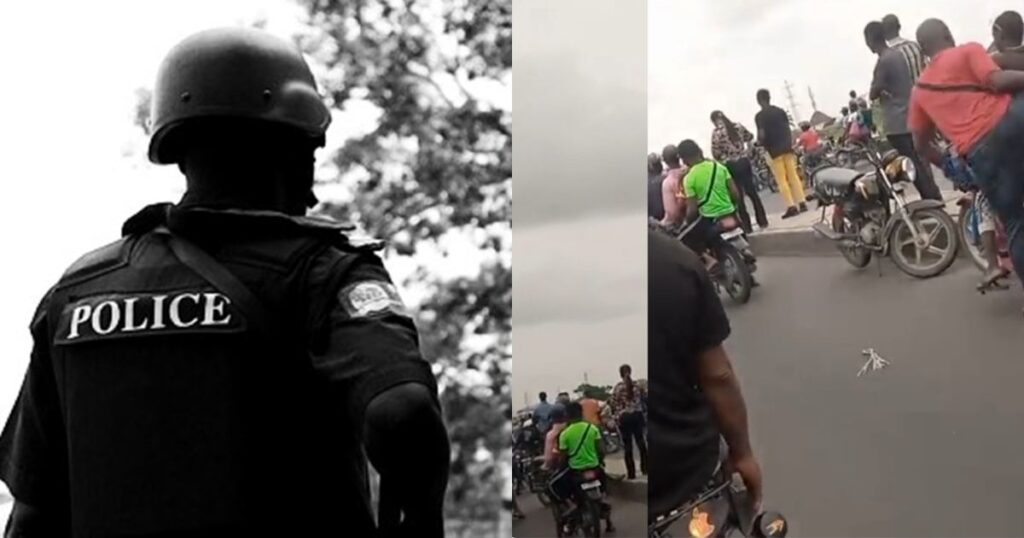 However, today, May 19, police officers from Onireke Police Station, Ojo, expropriated some commercial motorcycles plying the Mile 2 – Badagry road and the motorcyclists revolted.

The police while combating the threat fired some shots and the Okada riders retaliated by throwing stones at the police officers.

In protest, the motorcyclists started a fire in the middle of the road causing road users to flee. This upheaval caused heavy traffic in the area. 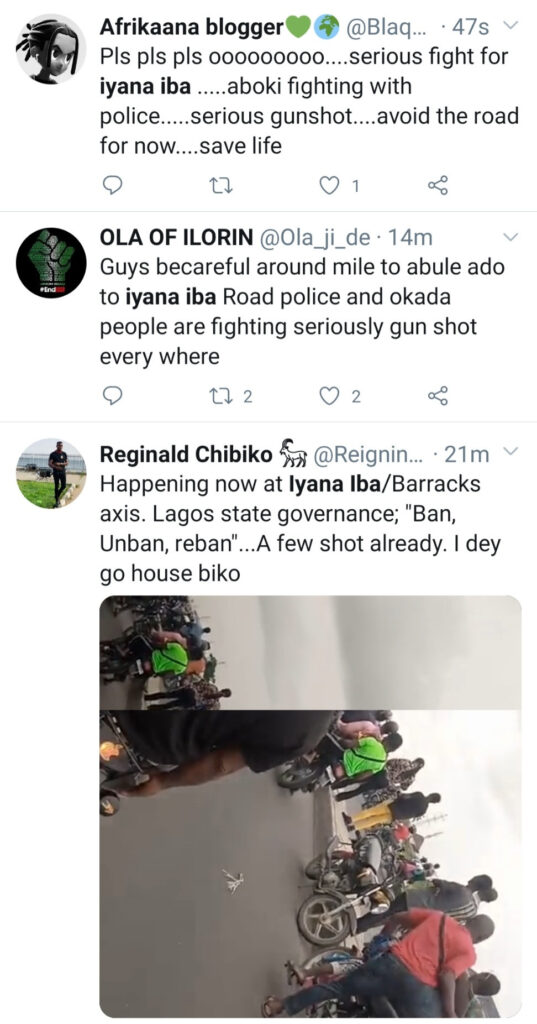 Watch a video from the scene below:

KanyiDaily recalls that the Lagos State Commissioner of Police has affirmed that most Okada riders in the state are criminals.