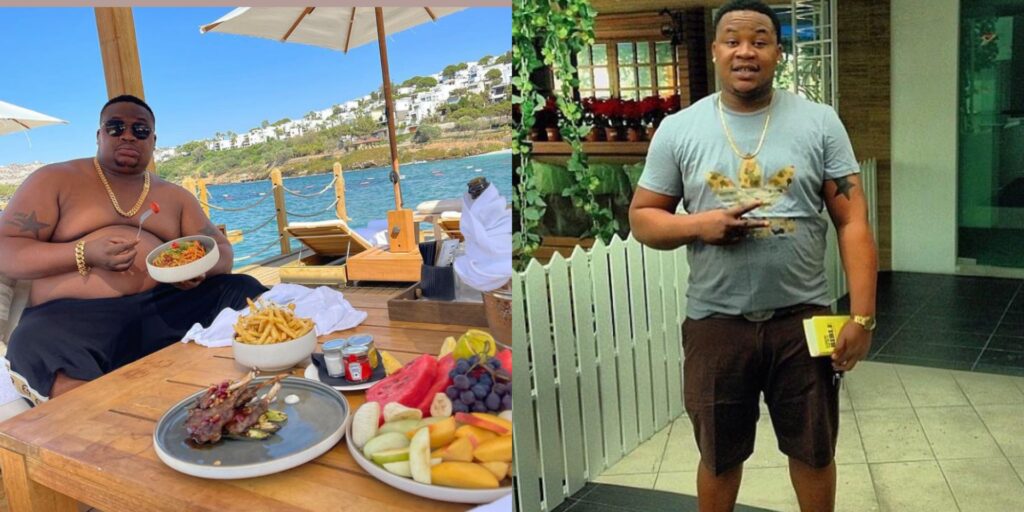 This is coming after the nightlife king took to his Instagram page to brag about his wealth a few days back while shading people with summer bodies but no money.

Reacting, controversial Nollywood actor, Uche Maduagwu who doesn’t waste time jumping on trends tackled Chief Priest by stating that it’s better to have a summer body with no money than to be obese.

He advised the entertainment mogul to do some work-outs in order to remain healthy and enjoy his wealth.

In a recent development, bringing back the issue, Cubana Chief Priest shared an old photo of himself while stating that being fat is the definition of riches.

“Moved From An Adidas Boy To A Balenciaga Boss, Fat For Me Is The Definition Of Rich You Can Only F**k Up If You Re Fat & Broke. If I Want This Body Back I Will Just Go Back To Fasting & Praying 🤲 For Now I Dey Use My Fat Sell Out My @glenmorangie 🥃

In other news, veteran actor, Mr. Ibu has arrested a Nollywood actor who hacked his social media pages.