Tears refused to stop rolling down the cheeks of friends and family members of David Imoh whose burial was conducted today. 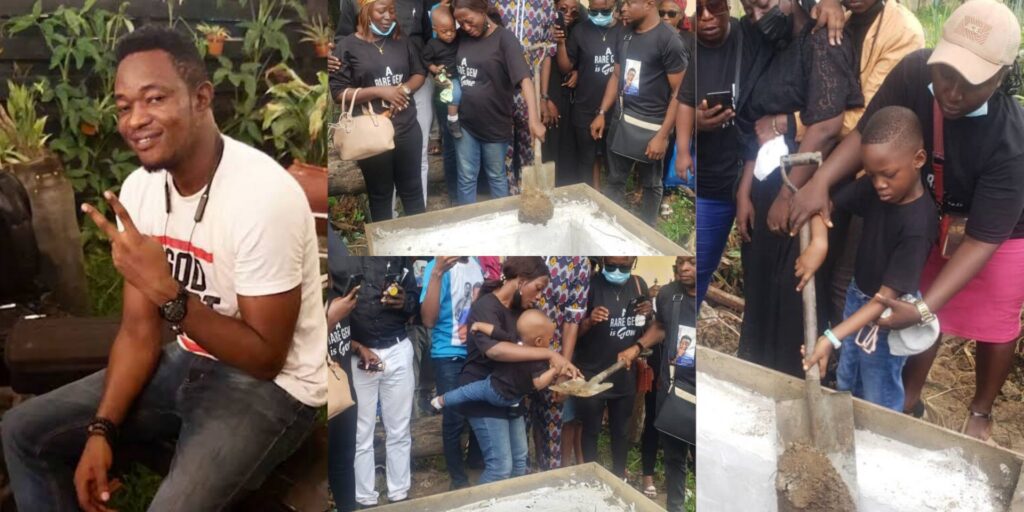 KanyiDaily recalls that David, who was identified as a sound engineer was beaten and later burnt to death by a group of alleged Hausa commercial motorcyclists over N100 balance.

The news however came as a big shock to Nigerians who jointly condemned the act.

This heinous act contributed to Governor Babajide Sanwo-Olu’s decision to end the operations of Okada riders in 6 Local Government Areas of the state.

Prior to the final burial held at the Lagos private cemetery, his family members held a memorial service for him where the deceased was described as a diligent and committed person.

A service of songs was also organized by the church for the deceased, which made part of the two-day funeral ceremony. The program was held at the Church of God Mission International in Victoria Island, Lagos.

Late David Imoh is survived by his wife, two children, mother, and relatives.

According to his biography, Mr. Imoh was born in 1984 and was the last born of 9 siblings. He studied sound production.

He also functioned as an event manager. He had worked with Real-time festival, the Experience, Legacy 360 band, and many others.

See photos from the funeral below: 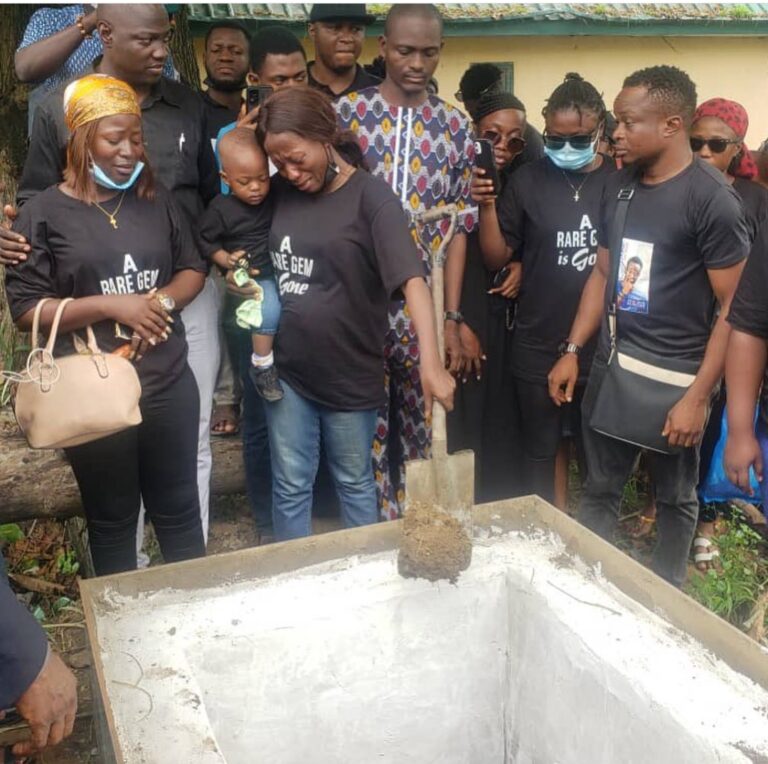 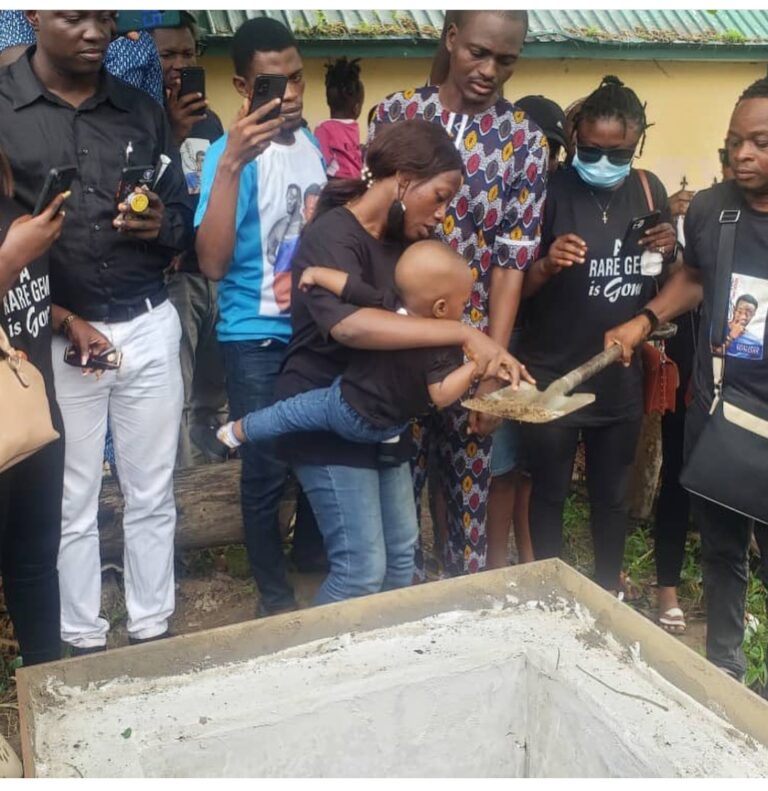 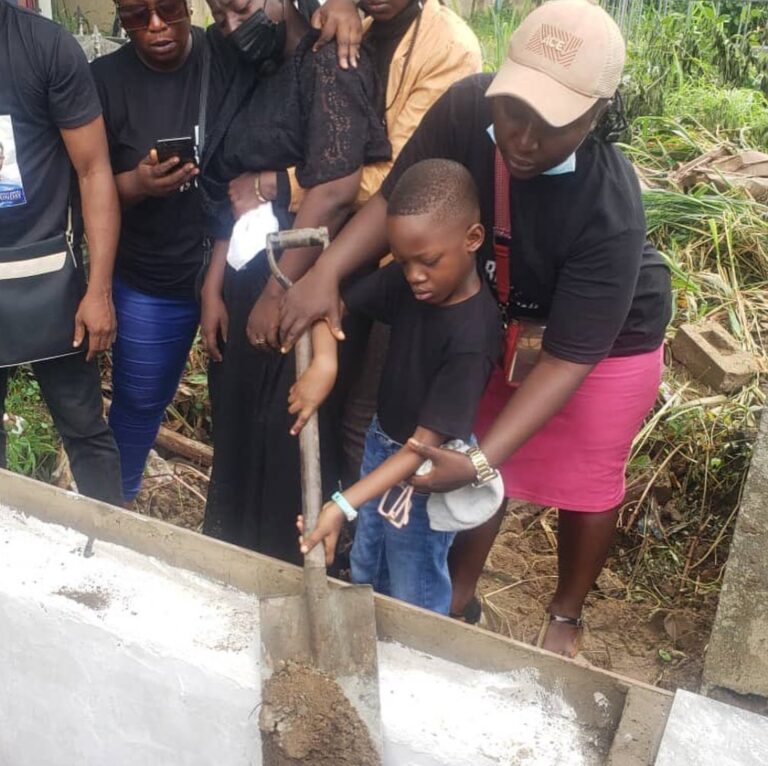 Meanwhile, the police had disclosed that 10 suspects linked to the gruesome murder of David Imoh has been arrested.

“Lung Cancer Killed My Wife, I’m Suffering For What I Do Not Know“ – Osinachi Nwachukwu’s Husband Cries Out (Video)