President Muhammadu Buhari has expressed confidence in the vice-presidential candidate of the All Progressives Congress (APC), Kashim Shettima, the running mate of Bola Tinubu, the flagbearer of the party for the 2023 presidential election. Speaking on Friday at a meeting with APC chieftains at the presidential villa, the president said he’s confident the former Borno governor will not disappoint Nigerians if the party wins the 2023 election.

The APC national chairman, Abdullahi Adamu; Senate President Ahmad Lawan, Atiku Bagudu, governor of Kebbi; and Idris Wase, deputy speaker of the house of representatives, were among those present at the meeting,

Buhari, in a statement by Special Adviser on Media and Publicity, Femi Adesina, expressed confidence that Shettima would not disappoint the party and Nigerians at large.

The president also thanked the members of the party for their efforts towards ensuring the success of the party’s national convention, as well as the APC primaries.

READ:  Maureen Esisi Reacts As Suitor Offers To Sleep With Her And Pay N350,000 Per Night

He thanked the delegation led by the National Chairman of the party, Abdullahi Adamu, “for the kind words on my role in processes leading to the emergence of our candidate, and his running mate, for the Presidential election in February, next year.

“I want to thank you all for the roles you played in the build-up, first to our national convention earlier this year, and later, to the primary elections.

‘‘You were all of one mind, wanting the best for the Party, with the candidate emerging in a free and fair manner.

‘‘For us all, the cohesion and unity of the Party was the first priority, and ambition was second. I am glad that you all saw the larger picture, rather than narrow, self-serving interests.’’

“When the Vice Presidential running mate was presented to me a couple of days ago, I said I will reserve my comment till I handover to him and the new president on May 29th 2023 at the Eagles square. I still maintain that position.

“But am glad you have come out to state his many virtures which qualify him for the noble position. He will not disappoint the party and Nigerians at large”

‘‘I still maintain that same position,’’ the President said, lauding party members for acknowledging the many virtues that qualify the Vice Presidential Candidate for the noble position.

He also commended the Party for resolving to further mobilize more Nigerians, particularly youths, to register, and get their Permanent Voters Cards (PVCs), saying ‘‘It is the way to go.’’

This comes after an online report claimed the Department of State Service (DSS), in a “secret memo” to Buhari, warned that the Muslim-Muslim ticket “will destabilise Nigeria and endanger Christian lives”. 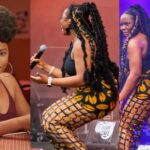 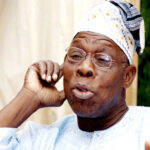