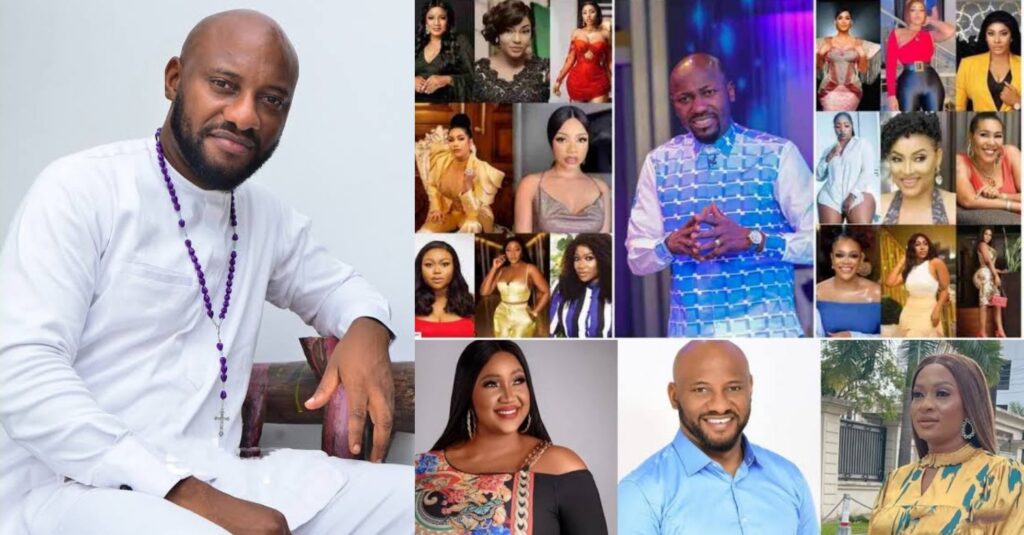 Some film stars have taken to social media to deny the allegations while others have engaged in a war of words over the alleged sex scandal.

Taking to his Instagram page, the actor asked social media users to drag the actresses involved the same way he was criticized during his second wife saga.

Edochie, who noted how he was mercilessly dragged by some of the actresses, said he noticed that they had one thing in common and promised to share some news about them later.

“But una follow dey drag me since on top my own matter wey no concern una, matter wey una no verify the cause. Na lie o. No be now e go end o. Everybody go collect woto woto.

“Anybody wey dem mention for Apostle matter make una drag am well well. Since we all want to be mad in this country.’’

“My own be say, u even noticed that almost all the people mentioned have one thing in common. I’ll be back with that gist later. Las Las, everybody go collect woto woto.”

Meanwhile, Apostle Johnson Suleman has finally broken his since following the allegations of sexual affairs leveled against him by some of the Nollywood actresses.

READ:  Guess Who Believes He's The Latest Celebrity on IG and Twitter