The presidential candidate of the All Progressive Congress (APC), Bola Tinubu has made the headlines once again because he forgot the name of his political party. 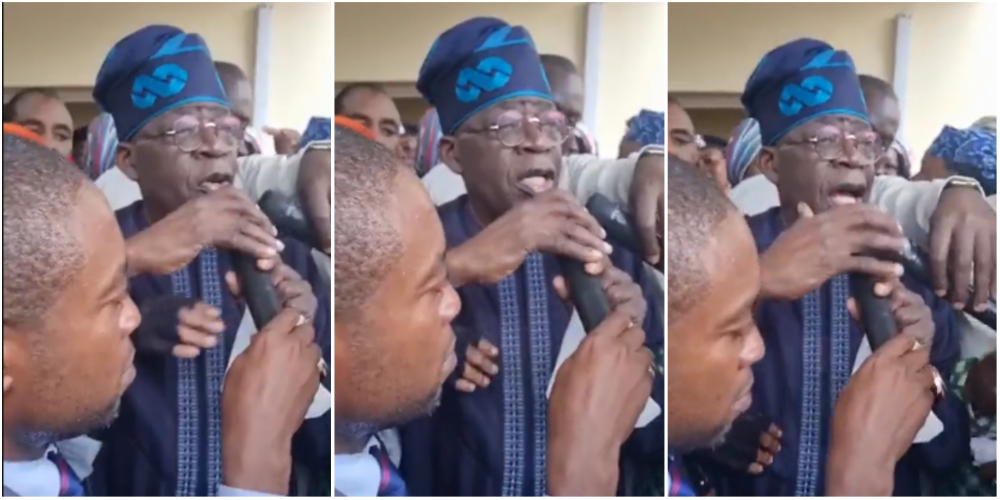 During a recent interaction with the press, the former Lagos governor called his party ‘Action Congress, before he was corrected and reminded that he’s running for the presidency on the platform of the ruling APC.

The video has since gone viral and sparked mixed reactions on social media with many young Nigerians calling on him to dump his presidential ambition due to his health and old age.

READ:  Man Removes Shoes And Wig He Bought Girlfriend After Seeing Her With Another Man [Video]

Tinubu forgot the name of his political party. Trying to say Action Congress before he was corrected pic.twitter.com/HXeOhrtKVY

These was exactly the type of silly blunders Buhari kept dishing during 2015 Campaign, pic.twitter.com/ALDe65haZW

People who still insist on supporting and voting a man with dementia as the president of this country are the real enemies of our progress. This Old Man legit thought the name of his party is still Action Congress 😏 Tufiakwa! pic.twitter.com/fbPm5GPoV4

These gaffes are one too many& Buhari did the same. He called his VP Osinbade, his party All People Congress, & handed over the APC flag to the wrong candidate in Delta state, calling him the presidential candidate. We can now say; “Like Buhari, Like Tinubu.” Action Congress https://t.co/UhrxyQyaC2

Tinubu forgot that he is in APC and mentioned Action congress. Looking at his trembling hands.

READ:  UPDATE: 12 Bodies Recoverd From Bus That Fell Into The River 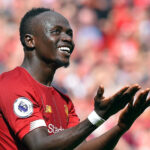 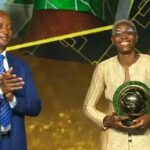