Controversial Nigerian crossdresser, James Brown Obialor has apologized to his father, Peter Obialor, over his leaked sεx tape with a yet-to-be-identified lady.

James Brown Apologizes To His Father Over Sex Tape Leak

KanyiDaily recalls that the self-acclaimed “Princess of Africa” who occasionally dresses as a woman was recently seen having sex with an unidentified lady in a video that was leaked on Snapchat.

Taking to his Twitter page, Brown shared a screenshot of a message where he apologized to his father for all he has put him through. He also promised to come back “big and mighty”.

Responding to the apology, his father stated that his blood pressure is high and he also encouraged him to be careful because as a celebrity, he has so many enemies.

The crossdresser tweeted: “I am sorry Dad I feel your pain I promise to come back big and mighty. I will not give up because you thought never to give up am so sorry I put through all this.”

READ:  "You Can Never Be A Real Man If You Don't Spend Time With Your Family" - Actor Junior Pope KanyiDaily recalls that James Brown also claimed he was sad and depressed due to the leaked sex tape, adding that he was unable to sleep properly. 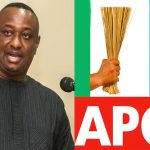 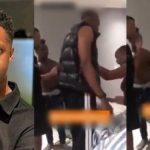