Cameroon defeated Brazil 1-0 in their final Group G match at the Lusail Stadium on Friday, but it wasn’t enough to keep the African side in the ongoing 2022 world cup in Qatar. 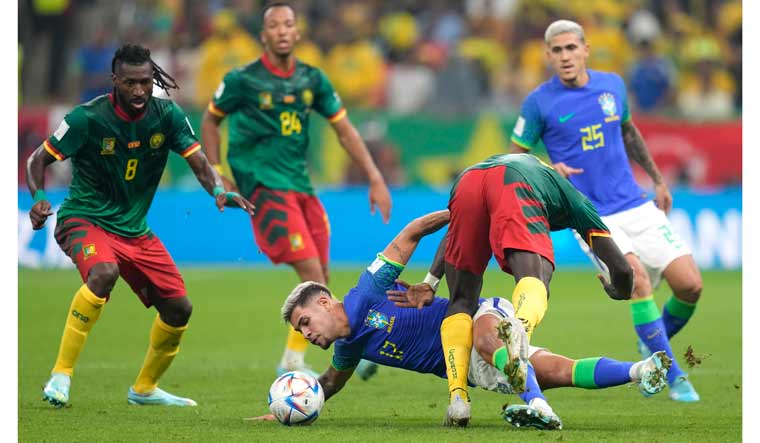 Cameroon needed a victory to keep alive their hopes of progress but, just as it looked as if they had run out of time, Vincent Aboubakar produced a stunning header two minutes into added time to break the deadlock.

The African side needed Serbia to take points off Switzerland, but the Swiss held on for a 3-2 win to claim second place in the pool behind Brazil.

Brazil’s much-changed lineup still boasted plenty of attacking talent, with Antony and Rodrygo running at the Cameroon backline and Gabriel Martinelli, making his first international start, forcing Devis Epassy to tip the ball over his firm header from Fred’s cross.

That was largely as good as it got for Brazil before halftime though, with the clearest chance of the first 45 minutes falling Cameroon’s way.

Moumi Ngamaleu worked space on the left side and delivered a cross that Bryan Mbeumo attacked at the far post, connecting with a fierce downward header that Ederson sprang to his right to push away.

Aboubakar flashed a shot across goal soon after the restart but Epassy was then in the thick of the action, pushing another Martinelli effort over before dropping Eder Militao’s effort, recovering to turn the ball behind.

Brazil continued to press as they sought to make it three wins from three, but Cameroon continued to deny them with a mixture of fortitude and fortune.

They needed more at the other end, however, and just as it looked as if they would come up short, Jerome Ngom Mbekeli sent in a pin-point cross from the right that got the finish it deserved, Aboubakar guiding a perfect header into Ederson’s bottom corner.

With Brazil’s prospects suddenly in the balance, they threw everything forward in the closing stages. Martinelli and Bruno Guimaraes were unable to convert gilt-edged chances.

But Cameroon finally broke the deadlock when Vincent Aboubakar powered in a header in the third minute of stoppage time before being sent off for collecting a second yellow card for taking off his shirt in the celebration.

It mattered little, however, with Cameroon heading home on the back of a memorable win while their opponents, Brazil, will face South Korea in the Round of 16.

Cameroon 1-0 Brazil. We the Lions 🦁 did it. Unfortunately we didn’t crossed the finish lines pic.twitter.com/iXwJQYqZb9

History makers! The Indomitable Lions are the first African team to beat Brazil 🥹 bowing out of the World Cup and leaving a mark 😓#FIFAWorld2022 #Qatar2022 pic.twitter.com/WTGlJ8Jq5l

KanyiDaily had also reported that Uruguay was knocked out of the World Cup on goals scored despite beating Ghana 2-0 after South Korea‘s dramatic win against Portugal on Friday. 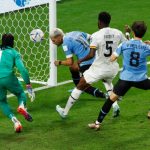 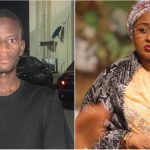