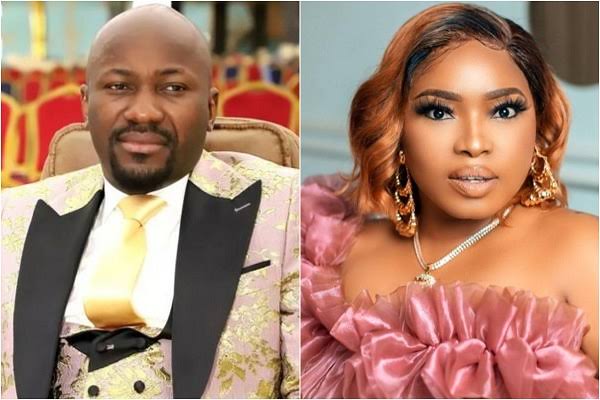 KanyiDaily recalls that the ailing actress had accused the cleric of having an extramarital relationship with her.

Halima and her family also claimed that the Apostle Suleman had caused her to become ill, as she had become significantly weaker and less healthy than before.

Reacting to her several allegations, Apostle Suleman filed a lawsuit against Halima for defamation of his character.

The suit titled “DEFAMATORY STATEMENTS CONCERNING APOSTLE JOHNSON SULEMAN: NOTICE TO CEASE AND DESIST” was specifically addressed to Halima Abubakar over her recent outburst on social media regarding her past affairs with the man of God.

“The suit accused Halima Abubakar of publishing damaging, malicious and defamatory statements about Apostle Suleman against his conduct. The ailing actress was also asked to make a retracting statement in some selected National Newspapers.” KanyiDaily recalls that Apostle Johnson Suleman had also been enmeshed in sex scandals after an Instagram blogger, Gistlover, claimed that he had sexual affairs with a host of Nollywood’s finest actresses.

Harrysong: I’m Not In Music Industry To Compete With Anyone

“Baby Not Mine, I Want DNA Test” – Blueface Tells Girlfriend, Chrisean Rock As She Announces Pregnancy