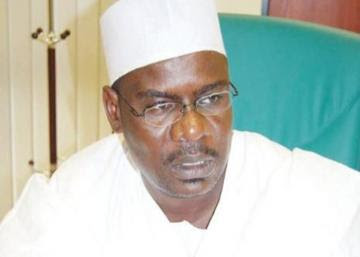 Senator Ali Ndume (Borno State) has been arrested by the State Security Services (SSS) on suspicion of being a financier of the Boko Haram sect.

Ndume was indicted when an alleged spokesperson of the radical Islamic
sect, also in SSS custody, Ali Konduga, reportedly named him as a major
sponsor of the terrorist activities of the group. Security officials arrested the senator on Monday night.


An official of the SSS, who did not want his name published, confirmed
the arrest and said the senator would soon face trial.“He is presently
being detained in SSS custody, pending his arraignment in court,” he
said. “Based on the confession of some Boko Haram suspects in custody,
we have interrogated Ndume and he has made a statement accordingly. We
are going to charge him to court on Tuesday (today) with some of the
suspects in our custody.”