Nollywood controversial actor, Jim Iyke will live to retell his story after he escaped being mobbed last weekend by female fans in far away Cameroon. However, he sustained injuries after the attack.
Jim Iyke was in Cameroon to shoot his new movie, when an army of female fans suddenly besieged him while on location.

The actor was said to have sustained deep cuts in his hands, leading to his losing some amount of blood in the process before he was rushed to the hospital. The incident took place in Limbe, Cameroon.

According to Vanguard sources, as soon as the over anxious female fans learned that the controversial actor was shooting a movie in their country, they thronged the location in their tens of thousands and within minutes crowded him like bees on a honeypot- pressing to touch their idol.
The situation almost got out of hand, but the timely intervention of security men Jim Iyke would have been mobbed by the eager Cameroonian fans.
Confirming the incident online, Jim Iyke said “Yeah, it’s true. Fans, kind of mobbed me in a club called Calypso, when we were shooting yesterday(last Saturday) night in Limbe, Cameroon. It got a little rowdy and a glass table with bottles of drinks next to me was broken.
“As the bouncers tried to pull me away, I slipped on the drinks on the floor and cut my two hands badly. I need three stitches on each of my fingers on the right hand and one on the left, because I lost a lot of blood, as I was bleeding profusely. The hospital was far and took some time to locate.
“I’m fine now and recuperating, but the shooting had to be suspended for a few days until the stitches can be removed. 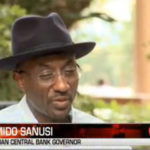 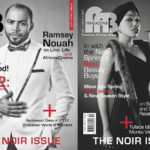