Nigeria’s First Lady, Patience Jonathan, is battling an onset of Parkinson’s disease that has complicated her recovery from a surgical procedure in Germany, several reliable sources have disclosed. Mrs. Jonathan was flown to a hospital in Wiesbaden, Germany close to a month ago to undergo emergency treatment after a botched procedure in Dubai.
In an interviews with three sources familiar with Mrs. Jonathan’s health status, it was learnt that the Nigerian president’s wife is beset by Parkinson’s disease, a degenerative syndrome. The disease is a progressive disorder of the nervous system. A medical source described it as “a fairly common disorder that occasions degeneration of the nervous system.” The source added that the disease leads to “progressive impairment and disorder of movement.” An online medical site notes that Parkinson’s “is characterized by progressive loss of muscle control, which leads to trembling of the limbs and head while at rest, stiffness, slowness, and impaired balance. As symptoms worsen, it may become difficult to walk, talk, and complete simple tasks.”….continue reading
The bombshell revelation about the First Lady’s medical woes was first made by a source familiar with Mrs. Jonathan’s previous secret treatments in Spain and Italy. The source disclosed that Mrs. Jonathan had battled Parkinson’s for some years now. In addition, doctors had advised her to “do something urgent about her morbid body mass index (BMI),” said the source. She added that Mrs. Jonathan had indeed considered undergoing the kind of tummy tuck procedure that former Governor Diepreye Alamieyeseigha once had.
Two other sources close to the Jonathans confirmed that the First Lady has been dogged by Parkinson’s. One said the disease was largely responsible for her clumsiness, drawling speech and slow movement at public events. He added that Mrs. Jonathan has been suffering serious trembling in the left hand. “That’s why she always uses her right to hold the microphone when speaking at public events,” the source revealed. Mrs. Jonathan also reportedly is affected by stiffness of the limbs and trunk which affects her movement.
A news staffer at the Nigerian Television Authority (NTA) told SaharaReporters that Mrs. Jonathan’s aides warned reporters covering her never to film her beyond her waist. “Her senior personal assistant told the crew covering her long ago: ‘Don’t ever film Madam’s waist. Show her face only.’ That’s been the code at NTA.”
Two of our sources stated that Mrs. Jonathan had made efforts to slow the disease that had started to ravage her. “She has been visiting a health farm in Italy on a regular basis since 2010,” one source revealed. “To alleviate her pain, she has been taking her medication religiously.”
A friend of Mrs. Jonathan’s said that the First Lady’s health maladies include anxiety, occasional memory loss and disorientation. In addition, her blood pressure often rises to dangerous levels, forcing her to take a cocktail of anti-hypertensive drugs.
Also, our sources said that some officials attached to the First Lady’s office described her as constantly depressed, prone to snapping at people at the slightest provocation. “The First Lady can just get angry at the slightest provocation and rain abuses at anybody in sight,” he said.
As happened during the health crisis of the late President Umaru Musa Yar’Adua, the Nigerian Presidency’s reaction to Mrs. Jonathan’s health condition is to be mum. When SaharaReporters contacted a senior aide of President Jonathan on the matter of the First Lady’s illness, he sharply said, “I’m not saying anything. And please don’t mention that you spoke to me.” SaharaReporters learnt that officials of the Presidency are under a virtual oath of secrecy on the issue of Mrs. Jonathan’s health crisis.
Source: SaharaReporters 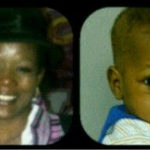 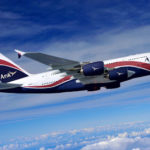