History is characterized by tragic
irony. Mr. Ademuyiwa Adeyeye, a former aide of Ondo State Governor,
Olusegun Mimiko, must have thought the steps he allegedly took to ensure
the victory of the governor in 2007 governorship election in the state
would change his life for better.

But tragically, the steps led him and members of his family to sorrow, tears, blood and death.
In
his shocking revelation in an interview programme on the only private
radio station [ADABA FM] in the state last Friday, claimed they took
several lives in different parts of Ondo state to ensure Mimiko’s
victory in 2007 election….continue reading

Ademuyiwa revealed that Governor Mimiko
sent him, the late Commissioner for Local Government and Chieftaincy
Affairs, Hon. Oye Alademehin, the late Senator Iwakun and one other
person to India to consult marabouts.

According to him, they also
went to a town in Ijebu land where they were told to go and be killing
goats in different towns and villages in the state.

The lot fell
on Ademuyiwa to kill the goats. But without knowing, he was killing
human beings. After the killing, Ademuyiwa, who said he was well known
among members of the drivers’ union [NURTW], said he met his wife on his
way back and hugged her, but immediately his wife developed  swelling
breasts.

He said he spent all his fortunes on his wife’s health.
Doctor eventually told him the wife had cancer of the breast and had to
remove the pair of breasts. At the end of the day, he lost the wife.  He
also told listeners that he lost one of his children.

Revealing
this, Ademuyiwa said “We went to India to make rituals. When we got to
Ondo State, the governor and late Alademehin [a.k.a Dead Body] said we
had to kill goats in different parts of the state for peace to reign. Of
course, I was the one that killed the goats without knowing that I was
killing human beings. On my way back, my wife met and hugged me. Her
breasts began to swell. I took her to different traditional healing
homes.

“When I did not get good result, I took her to the
hospital. It was at this point that the doctor said it was cancer of the
breast. They removed the two breasts, yet I lost her. I also lost my
son. It was at this point that I was advised to go to a church in Lagos.
It was there I met T.B Joshua who is from Akoko, he said I should go
and confess my sins to the people of Ondo State”.

While narrating
how they started the spiritual’s trip, Ademuyiwa explained that “When
we were coming from Ijebu where will were giving a python snake which
would bbe an instrument for the governor, some people laid spiritual
ambush for us. Alademehin told me to drive on, because I was the one
that drove the car, I told him no.

“He now called the Ijebu
herbalist who told us that he already saw it. He then removed the
embargo; we brought the snake and dropped it very close to the
governor’s pond in Ondo. It is still there as I speak with you. If you
doubt my story, go there. You will see the snake. You can also tune your
TV to the Emmanuel TV and you will see my deliverance there.

“Everybody
in the drivers’ union knows me very well. The governor came to me with
N3million after losing my wife and a child. I told him I don’t want
blood money again.  I want peace in my family, not blood money”.

“When
I visited the T.B Joshua’s church, [Synagogue Church of All Nations in
Lagos ]the man of God told him to go and confess his sin, saying that he
was the only precondition for him not to lose other children.

“I
want you to forgive me. I don’t want to lose any of my children again. I
have lost one of them as well as my wife. The man of God that comes
from Akoko land with a big and popular Church in Lagos told me that
until I confess and ask for your forgiveness, I will lose more people in
my family. Every members of the drivers’ union knows me very well. The
man of God gave me anointed water. I want you to tune to his TV channel
if you are in doubt. You will see the day I was delivered” He said.
According
to him, a python was given to them by one of the herbalists in Ijebu
land. The dangerous snake, he said, is currently around Mimiko’s fish
pond in Ondo town.

Speaking on the ordeal of his wife, Ademuyiwa
said, the late Hon. Alademehin came to his aid by giving him money. He
said among the people that went for that ritual, he was the only one
that is alive and not afflicted by any disease, but not without losing
his wife and one of his children,

His words, “I am the only one
who is still alive and not afflicted by any serious ailment among the
four of us who perform the rituals for Mimiko. After seeing the snake, I
asked late Senator Iwakun if there would not be any
repercussion.  Iwakun said he did not mind whatever repercussion that
might arise from killings and the python charm. Four days later, Iwakun
gave up the ghost.

“Before the death of Iwakun, Hon. Oye
Alademehin had an intractable ailment that led to his premature death.
Governor Mimiko visited him on his sick bed in one of the Lagos hospital
and promised him that he would take care of his family since he laid
down his life for him to become the governor of the state. The last
person that was privy to the devilish act is at Alagbaka in Akure,
currently battling with paralysis.

“When the man suffered the killer ailment, Governor Mimiko gave him N6million. But that money could not cure his infirmity”. 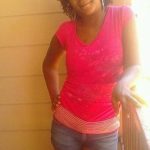 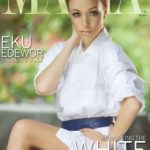