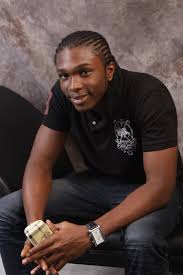 This message is currently been circulated around Blackberry broadcast

“”Ugonna’s Mum died this morning, she couldn’t survive the shock of her son’s death, since Ugonna was her only son! Aluu community has killed both mother and son….please rebroadcast’”

This better be a lie, tell me why the people of Aluu shouldn’t all be killed. We are all saying, you dont repay evil with evil but tell me where was the Village head’s wife, women of the village, old women, mother’s, wise women etc when these kid’s where being tortured?

Did you hear any body shouting in defence of these boy’s?

All of them were busy saying “”bring the fuel”” “”this one never die”” hit am well”” e still dey shake”” “”they yellow one no wan die, die die die die die die” etc  and yet you tell me you dont repay evil with evil…Now Ugonna’s dad is wifeless and sonless because of some crazy heartless villagers…. continue reading please

I still cant fathom out how those boy’s who weren’t up to 20 years turned out to be robbers!

I heard the real thing that happened in Aluu, was that an indigene of Aluu was owing one of the boy’s a huge amount of money, and for some time has being playing hide and seek, dodgy games with him in order not to refund him!

And on that particular day, the boy decided to go with his friends early in the morning to surprise his  his debtor…but unknown to him, the animal had plans too.

After some arguments, the Aluu man started shouting that the Uniport boys are thieves and they must be killed!

When they were rounded up and beaten, the Aluu people decided within themselves that they should be killed for fear of Uniport boy’s or the police visiting them!…they took them to the village head who must be very criminal minded and told them to deal with them however they like!

While you’re reading this, please think about these few things!

(a).  One of the boy’s dad said he was called around 7;30am and told that his son was being beaten to death…he got there after finding difficulty in locating Aluu, HIS SON WAS STILL ALIVE

(B) Why did no one in that village call the POLICE, they had the time to walk them round the village naked, beating them and making fun of them and no Nigerian Police appeared! When we know that Nigerian Police are found in every nook and cranny of the city

(c). Why did they insist on killing the students?

(e) It was very easy for the people of Aluu to kill 4 young boys without blinking an eye…that means they’ve been used to killing and burning people, without the public being aware, only that it happened to students and it became known

(f) if those boy’s really robbed, why didnt we see the laptop and phone?

(g) If truly they were caught with a gun, why havent we seen the gun? Typical Nigerians ties what robbers stole on their neck or waist while parading them around!

(h) What happened to the boy’s phones, clothes, shoes, bags etc…now tell me who is the real thief?

(i) Some said they raped a girl, where is the girl? Why haven’t we seen her???

(h) how can such popular boy’son campus, who won a silverbird talent search be petty robbers? it dosent make sense!!

(i) Add all these together, and you’ll understand that there was a motive behind their killing!

I dont have much to say, not good with analysis, but i know that whatever those boys had done, they didnt deserve to die like christmas goats!

Only if you know the meaning of Aluu in Igbo Language….It means ABOMINATION!

And the people of Aluu acted in a way that justified their name!

God forbid such thing befalls someone we way!

I’ve been thinking for some days now, ” I cant get myself or think properly after seeing half of that video, and it’s like that when i don’t even know them, what happens if such befalls any of our siblings (God forbid) or family members?

Its very painful, i cant start imagining how those boy’s families are taking these right now, their siblings might not really understand it now but gradually its gonna sink in….but think about their parents, their mum’s will be worst hit.. 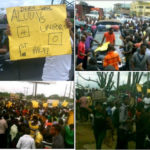 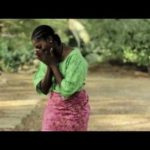