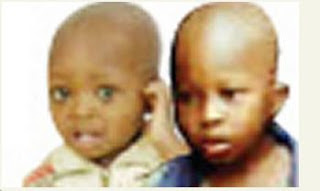 Culled from Punch
Ketu area of Lagos State was thrown into confusion after the shocking discovery of the corpses of two toddlers, Toheeb Adedokun and Tajudeen Falilu, who disappeared in January
.PUNCH Metro had reported exclusively on January 30, 2013, that the missing children were suspected to have been kidnapped when all efforts to locate them proved abortive.
However, the corpses of the children were found in an abandoned vehicle, two houses away from their parents’ home on Taike Street.
Reliable sources told our correspondent that the vehicle was a Honda Pilot Sports Utility Vehicle which the owner had used as collateral and thus abandoned it.
The source said after the children wandered off, they went into the vehicle and were trapped inside, causing them to suffocate. 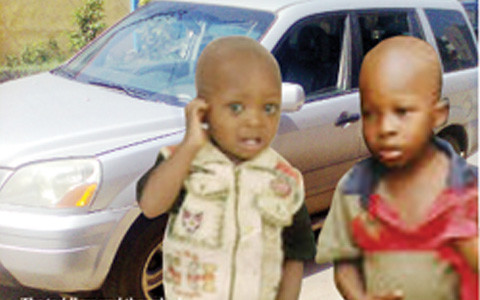 He said, “We had searched all over for the children to no avail and assumed they were kidnapped.
Even the police thought it was kidnap. Only if we had known that the children were trapped in a vehicle in the next compound, we would have saved them.”
The spokesperson for the state police command, Ngozi Braide, confirmed the discovery to our correspondent on the telephone.

PHOTOS: Singer Damoche And His Mother

Female pensioner, 80, arrested for punching 72-year-old as they queued for lunch