President Goodluck Jonathan had a good dose of the epileptic state of the nation’s power supply as his Easter message during a service at Our Saviour’s Church (Anglican Communion), Tafawa Balewa Square, Lagos, was punctuated by an outage on Sunday.

Power supply to the church auditorium went off about six minutes into the President’s speech and lasted till he ended the message.

The President used battery-powered­ microphone to continue his speech which lasted for nine minutes, 40 seconds.

The service which ex-Head of State, Gen. Yakubu Gowon, also attended had earlier been interrupted by an outage for few minutes before the President mounted the podium to deliver his message.

Jonathan, however, made a joke of the situation, saying the power was deliberately put out in order to remind him of the urgent need to tackle the problem in the country.

“They know that I’m here; that’s why they took light, at least to remind me that I must not sleep until we stabilise power. God willing, next year they will not take light,” Jonathan said. 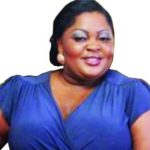 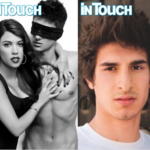