Jennifer Lopez is being sued by Rodrigo Ruiz, a fan who’s also an Aspiring singer who claims the singer tricked him into sending her pictures of his penis in order to score a record deal. He also alledged the 44-year-old JLO promised to help him further his music career if he sent her naked photos of himself with his demo CDs.

In the court documents, obtained by TMZ, Ruiz claims that Lopez sent him a series of letters from 2008 that he says made him believe that he had a chance of romance with her. He claims he was left suffering from depression and was forced to seek counselling when Lopez failed to deliver on her apparent promises.

First of the three letters said,

“I just wanted to let you know that I do remember you and that I am interested in you. I have plans on leaving my husband. But I can’t say much right now so that’s it for now. Send me pictures of you both with clothes and without clothes.”

Lopez and Anthony split in July 2011 and their divorce was finalized the next year. The second letter that the singer allegedly sent Ruiz read,

“This is Jennifer Lopez and as you can tell its been a while since I last wrote and as you can see I have a new boyfriend which means your in for the long haul and you have to put up with the fact that I am f**king him and sucking his d**k.”

Investigations carried out shows the owner of the post office box where the letters originated from is a 53-year-old woman who said she ran a Jennifer Lopez fan mail exchange.

He is asking for $10,000 in damages from the suit. Ruiz also filed a police report claiming that he was a victim of sexual harassment.

“This is a small claims matter that appears to be a desperate attempt for notoriety. Ms Lopez has never seen or met the plaintiff, nor has she ever communicated with him. We believe this matter should be summarily dismissed,” he said. 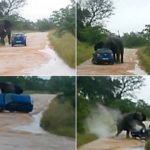