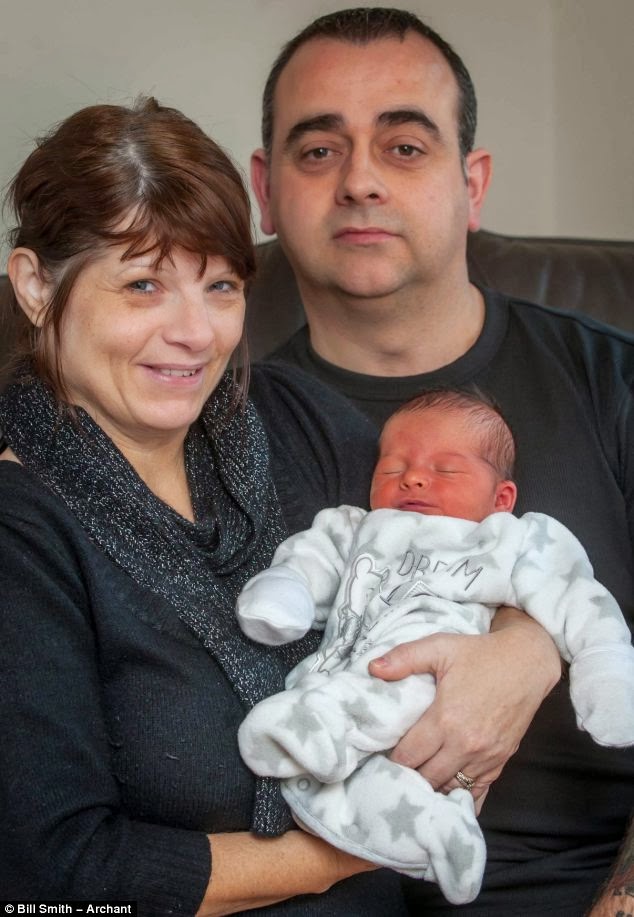 Lol, imagine a girl experiencing this without being married..am sure her boyfriend would be mad, and if she’s the type with multiple partners, na Gobe be dat o
Teresa Howard, 43, was rushed to hospital with stomach ache – and just two hours later gave birth to a baby boy she had no idea she was expecting. She insisted last night as she held her third son, Ethan: ‘I couldn’t believe it!’ The drama unfolded after she begged her partner, Glen Toher, 42, to take her to hospital after she was struck down by what she thought was stomach cramps last Saturday afternoon.
Teresa phoned me on Saturday because her stomach had swelled up,’ said Mr Toher, a Parcelforce employee. ‘She said she was so doubled over in pain she needed to get checked out for this wheat intolerance that her sister has.’ The receptionist at Norfolk and Norwich University Hospital’s A&E department immediately asked Teresa if she was pregnant. ‘We both said ‘no’,’ said Mr Toher.
‘But then the doctor came and said Teresa was pregnant, congratulated us and said her contractions were five minutes apart.
‘Not only had we just been told that Teresa was pregnant but that she was in labour too.’ The baby’s heart rate then dramatically started to drop. So Ms Howard was rushed for an emergency Caesarean section, but doctors then had to change their plans because she had started to give birth naturally.
After entering A&E at about 1.25pm, the couple welcomed their third son, Ethan, into the world at 3.25pm. He weighed 7lb.
‘At first I was frightened about not bonding with the baby because I hadn’t had the pregnancy to prepare,’ admitted Ms Howard. ‘But as soon as they put the baby into your arms, you bond immediately. ‘I just wanted him to be okay.
‘I just kept thinking, “How did he survive in there for all that time without me knowing?” The couple broke the news to family and friends and said it has taken a few days for Ethan’s shock arrival to sink in. 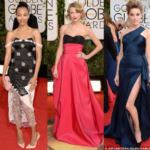