Menu
Sometimes when you tell a violent man that you no longer want to be with him you might have to go into hiding..

Cleveland, Ohio –  Authorities sent out an Amber Alert early Sunday morning after a man kidnapped his estranged girlfriend and her daughter, but cancelled that alert just hours later when all three were found dead.

Latasha Jackson, 19 was walking with her 1-year-old daughter  and her brother when Thomas Lorde suddenly popped up out of nowhere holding a gun and ordering Jackson and her daughter to go with him.

The suspect has an extensive criminal history, he’s a multiple state offender and he’s a sexual predator. He used a 9mm firearm to kidnap the mother and daughter.

A picture of the dead mother and daughter when you continue……..

All three were found shot dead in a garage of an unoccupied building, Lorde’s wound apparently self-inflicted.  He killed himself right after killing his girlfriend and her daughter.

Authorities say the woman, Jackson was trying to end a two-month relationship with Lorde, he simply would not take no for an answer.

May their souls rest in peace! 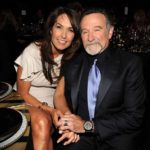